Getting Around Japan > Destination > IKAHO ONSEN

Ikaho Onsen (伊香保温泉), part of the city of Shibukawa, is one of Gunma Prefecture’s as well as 4 most famous and largest hot springs resorts and located on the extinct volcano Mt. Haruna. The small town has a history of almost 2,000 years with the first mention of the hot springs being in an ancient poetry collection called the Manyoshu. 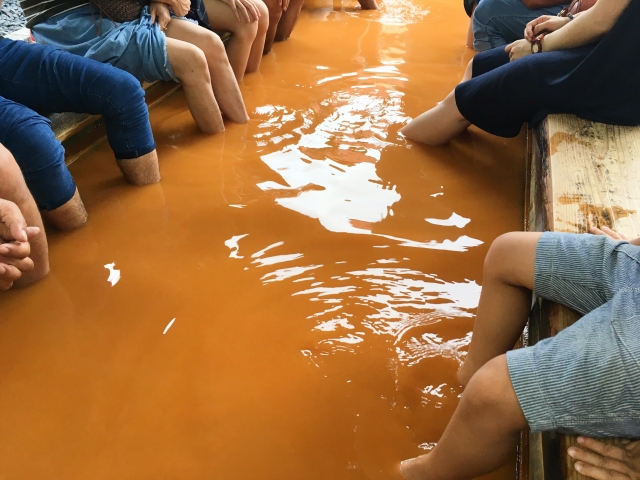 Ikaho Onsen is especially known for its rust-colored hot spring water that is said to have the ability to heal muscle pains and fatigue. The water has much iron content which makes the waters turn into a dark, murky brown when the iron comes into contact with air. The water is of mild quality and is known to warm the body up quickly. 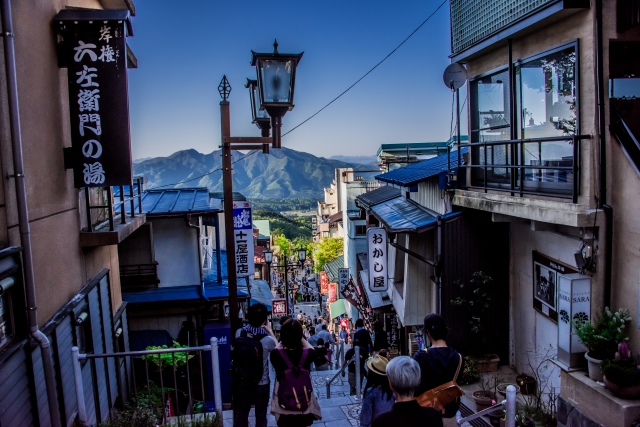 You know you’ve found the center of the Ikaho Onsen area when you see the set of stairs. The 360 Stone Steps, with a length of over 300 meters, are flanked by souvenir shops, Japanese guesthouses, onsens, and museums. Many of the Japanese ryokan have their own hot springs but if you want to visit as a day tripper, there are 4 hot springs you can visit. 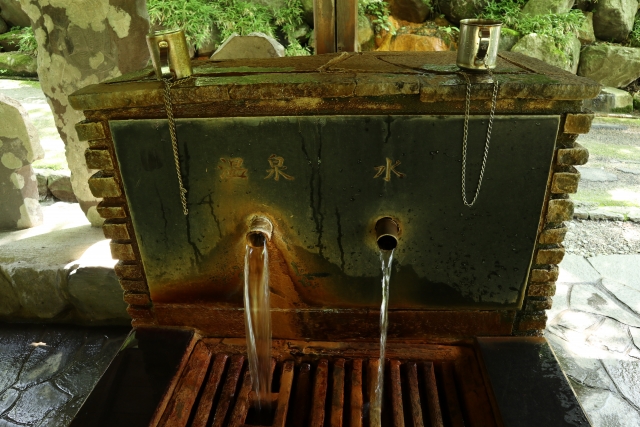 The two most famous public hot springs are at the top and the bottom of the Stone Steps respectively. At the top of the stairs is Ikaho Shrine, a shrine dedicated to the god of childbirth. A 5-minute walk from there is an outdoor public bath with segregated gender sections called Ikaho Rotenburo (9:00-.19:00, ¥450). Ishidan no Yu (9:00-21:00, ¥410) is found on the other side of the stairs and has male and female baths in the color of rust. 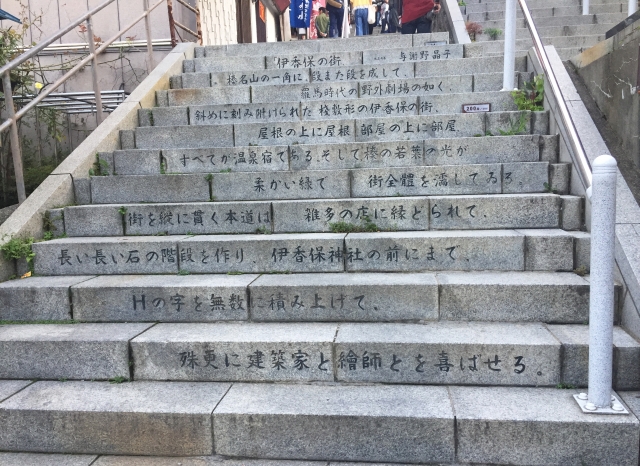 Many of the museums at Ikaho Onsen are dedicated to the artists and writers that made the onsen town their own during especially the summer months. The Yumeji Takehisa Memorial Museum (9:00-17:00, ¥800) has a collection of Yumeji’s artwork, antique Japanese dolls, music boxes, and furniture. The Roka Tokutomi Memorial Literature Museum (8:30-17:00, ¥350) holds work of Tokutomi, a writer who wrote the novel Hototogisu which was set in Ikaho and made the city famous in Japan. 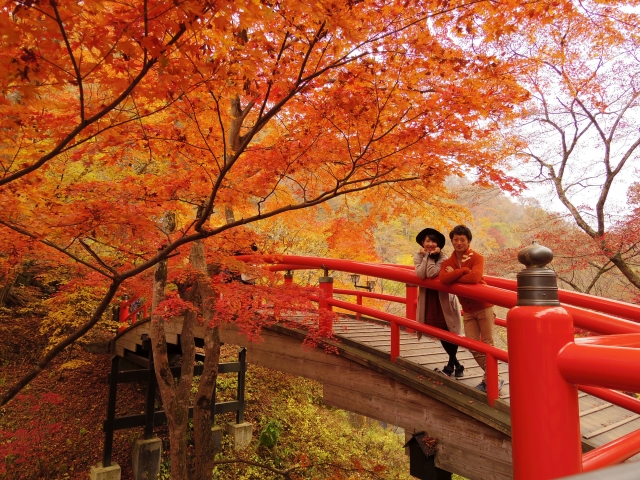 For those wanting to explore the city, there are a few trails leading through Ikaho Onsen. There is the Spa Course, a trail past the most renowned hot spring facilities and onsen sources, the Museum Course, which will lead you through town past the many museums in town, and the Nature Course, which will lead you from the Stone Steps to the bright red Kajika Bridge and around Mt. Haruna. 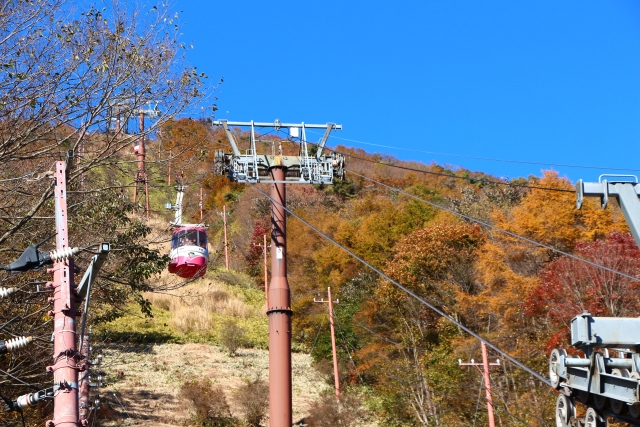 Ikaho Onsen is on the slopes of Mt. Haruna, one of Gunma’s most scenic mountains and nicknamed Haruna Fuji, after Japan’s most iconic mountain. There is a ropeway (8:40-17:15, ¥820) from Hototogisu Station at the top of the Stone Steps of Ikaho Onsen all the way to the peak from the volcano where there are observation decks and walking trails back to town. 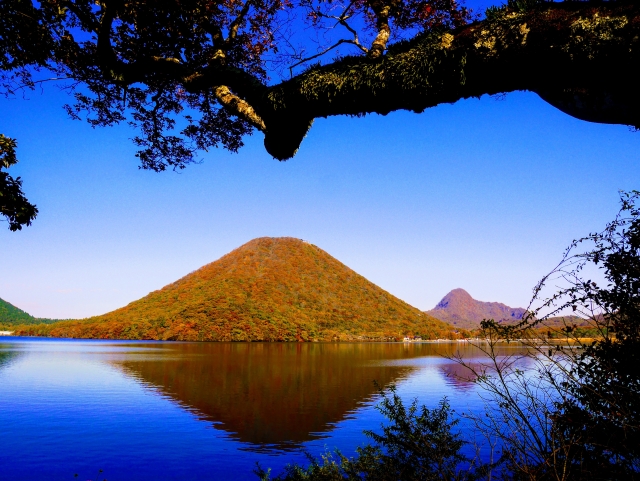 From the observation decks at the top of the inactive volcano you can see a massive lake called Lake Haruna. Volcanic eruptions hundreds of years ago have formed this large lake which is only 20 minutes by car away from Ikaho Onsen. Boat rides, hiking, fishing and camping are popular activities here. 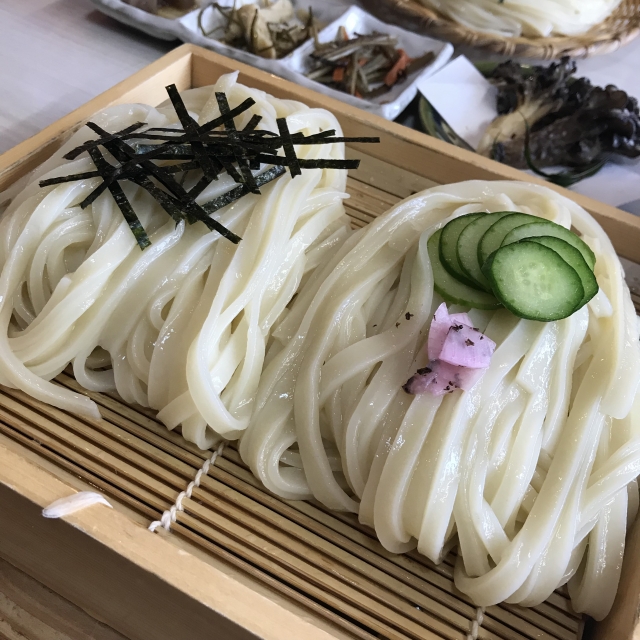 Mizusawa Temple is southeast to the Ikaho Onsen area and can be accessed by public bus (10 min., ¥310). The temple has a history of over 1,300 years and is a famous pilgrimage site. Especially famous and the reasons that so many pilgrims make their way to this temple is the 11-faced Mizusawa Kannon, a statue of the Buddhist goddess of mercy with a multitude of hands. Maybe even more famous than the Kannon statue are the 10 noodles restaurants around the temple complex. The udon is a special variety called Mizusawa Udon and has been voted one of the three best udon types in Japan.

How to get to Ikaho Onsen

3. From Shibukawa Station to Ikaho Onsen (25 minutes):
Catch the local bus bound for Ikaho Onsen and get off at the Ikaho Onsen Bus Terminal.