There are some quintessential things you should experience when traveling in Japan. Things like seeing Mt. Fuji, walking around Tokyo, eating quality sushi, and taking a stroll through Japanese gardens. Another one of things-to-do is to stay overnight at a Japanese ryokan. Ryokans are traditional guesthouses and can be found in large numbers in especially the countryside. 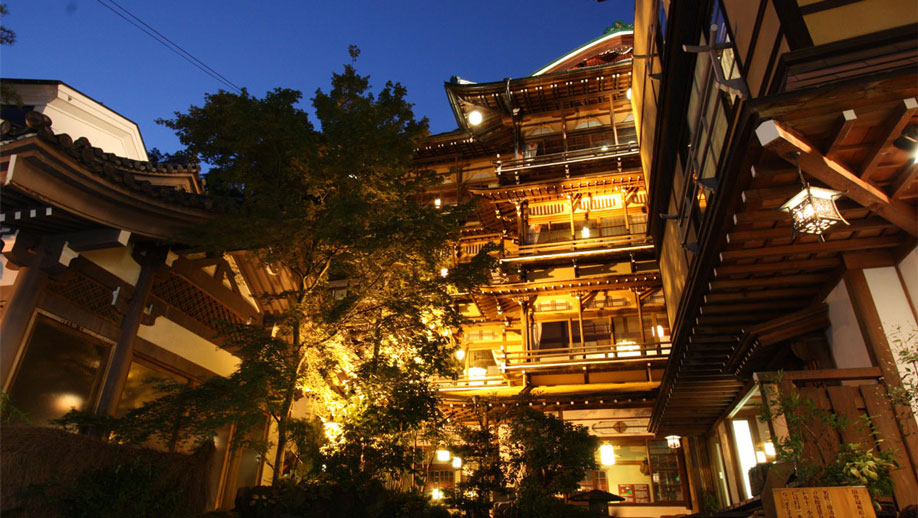 With ryokan, your accommodation fee doesn’t just come with a room, but usually also with dinner and breakfast. Dinner is in kaiseki style, traditional multi-course dinner. It’s Western equivalent would be haute-cuisine. Food is usually served in small portions made to be visually appealing. Plates and ingredients are meticulously chosen to represent the season or even month of the year. 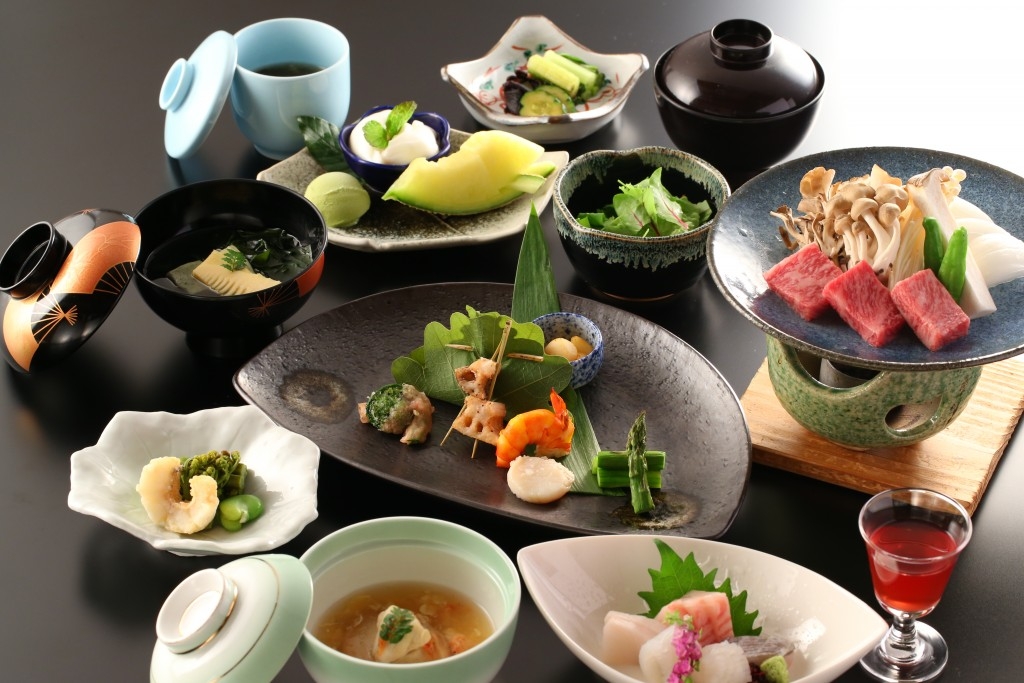 For most Japanese, visiting a ryokan is the same as visiting an onsen, a hot spring. Most ryokan have a communal indoor and outdoor hot springs with separate sections for man and women. If you prefer to get into a hot spring as a couple, family, or just by yourself, some ryokans also offer private hot springs for an additional fee. 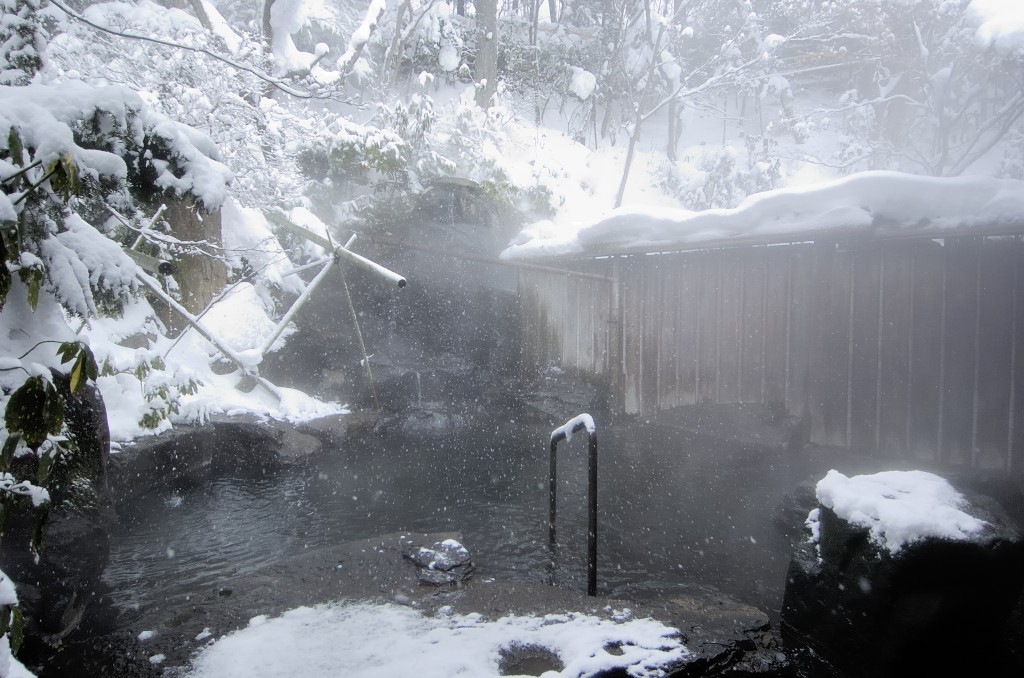 Especially onsen towns like Shibu & Yudanaka Onsen, Kanbayashi Onsen, and Kusatsu Onsen are rich in ryokan with hot springs. Some ryokans provide rooms with onsen attached to the room like the below room from Kanbayashi Onsen’s Senjukaku Ryokan. 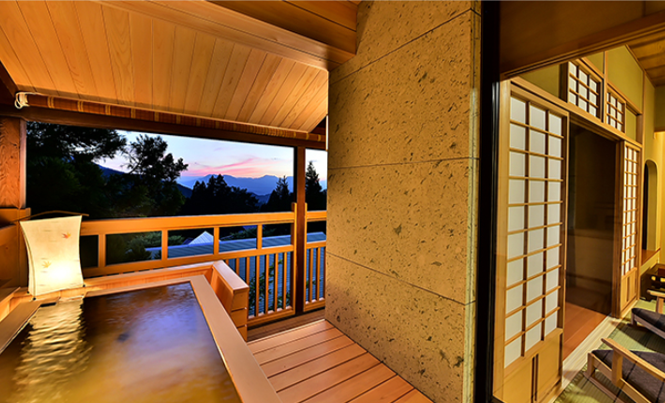 As a rule, you get a yukata, a light kimono, and geta, often wooden traditional slippers, which you can wear during your stay at the guesthouse. The yukata and geta can be worn when going to the hot spring, dinner, and also as pajama. 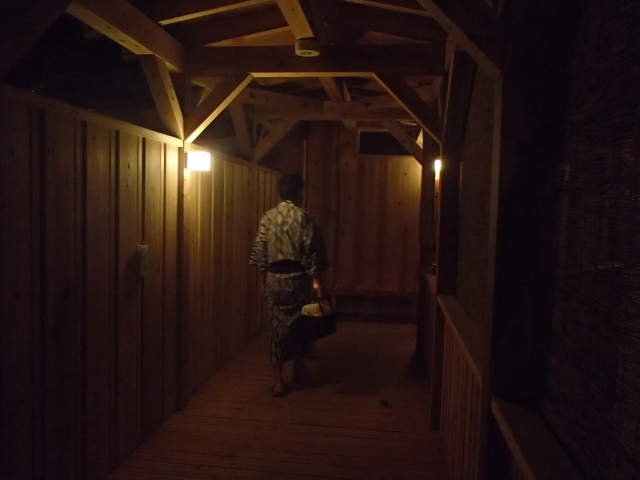 Good to know before staying at a ryokan:

As ryokan food is very traditional Japanese, which means a lot of meat and especially fish. If you have any allergies or food restrictions, some ryokans might not be able to answer to your wishes. Make sure to inform the staff of your dietary restrictions at the time of booking.

When sleeping in ryokan, the bedding provided are usually futon mattresses, which essentially means you’ll be sleeping on the floor. Some modern or luxurious ryokan might have rooms with western-style beds but if you don’t expressively ask for these rooms, you can expect a futon room. 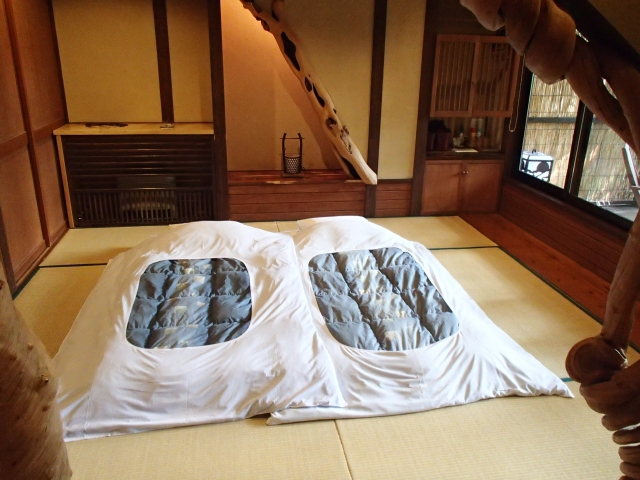