NARAThis small city has more ancient temples and shrines than people, and more deer than temples.

Getting Around Japan > Destination > NARA

The sprawling temple city of Nara (奈良), a city with more ancient temples than people, and with more deer than temples. 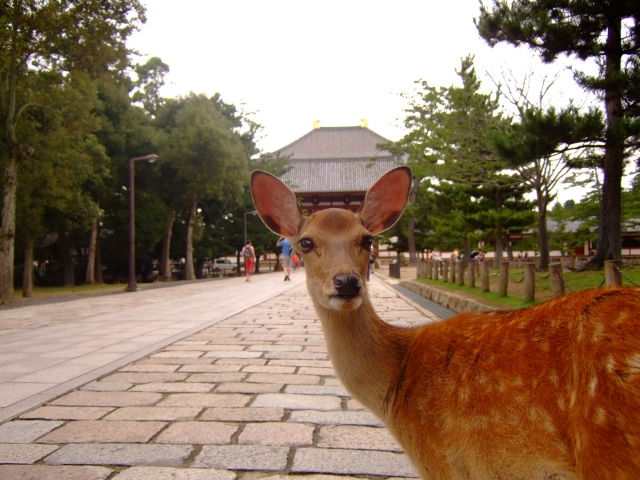 Nara was Japan’s imperial capital in the 8th century, when the emperor and many nobles, artists and intellectuals made the city their home. This caused the arts and culture to blossom, and when the capital moved to a different city, many prized artifacts, buildings, and cultural assets were left behind. Many temples, shrines, and palaces from that area are selected as Historic Monuments of Ancient Nara, and are collectively elected as UNESCO World Heritage Sites. 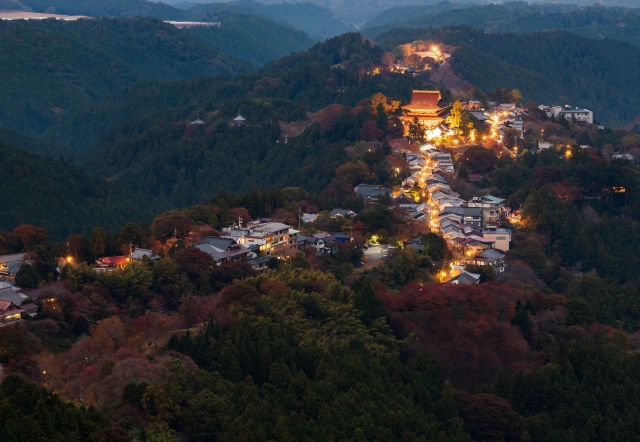 A founding legend of Nara is that a Shinto deity came to Nara on a white deer to protect the then-capital city. Ever since, the Nara deer have been seen as guardians and roam the city freely – almost equivalent to the Indian cows. Especially Nara Park, a central park surrounded by many historic temples and shrines, is swarmed by the animals. Here you can get senbei – a savory rice cookie – from a vendor to feed to the deer. Some of the deer have learned to bow for one of the cookies.
Note from the author: the deer know as soon as you buy senbei and will surround you to obtain them. 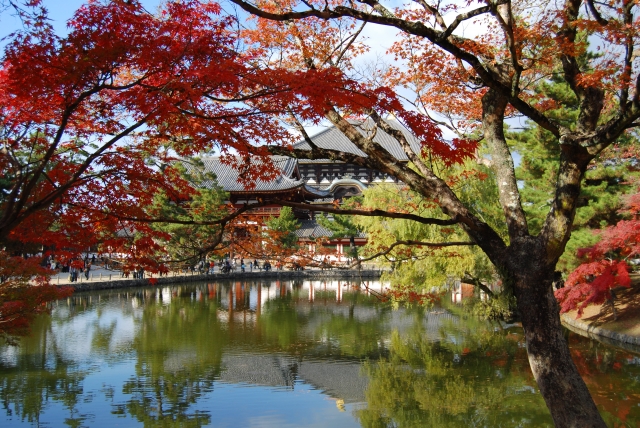 Nara is famous for its Great Temples, which are part of the UNESCO World Heritage. Most of these temples (and shrines) can be found in the city center and in the Nara Park. The Todai-ji, Kasuga Taisha, and Kofuku-ji Temple are near the center. 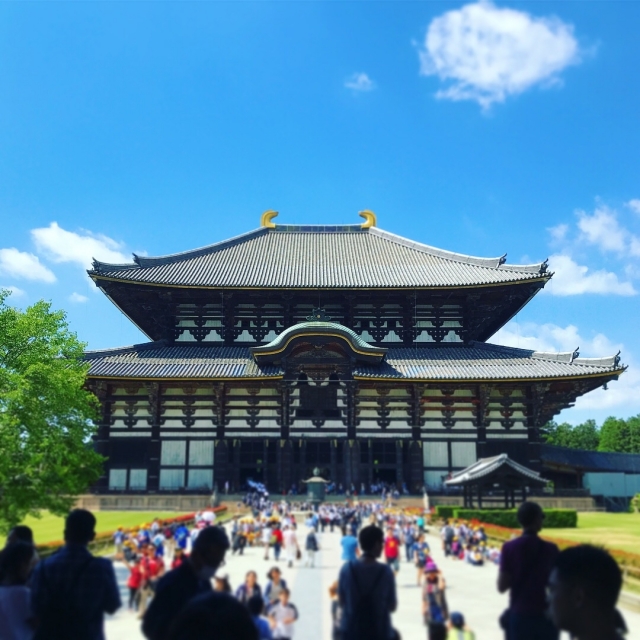 The most famous of these temples is the 7th century Todai-ji Temple (8:00-17:00, ¥800), the largest wooden temple in the. More famous than the massive temple building is the bronze Buddha, largest of its kind in the world. The temple grounds are not only visited by people from all over the world, but also by many deer. 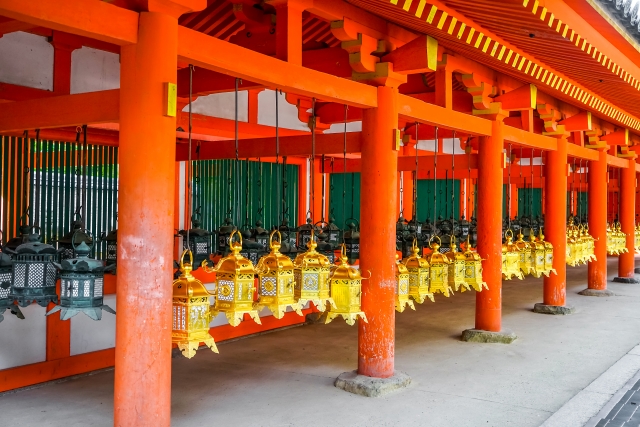 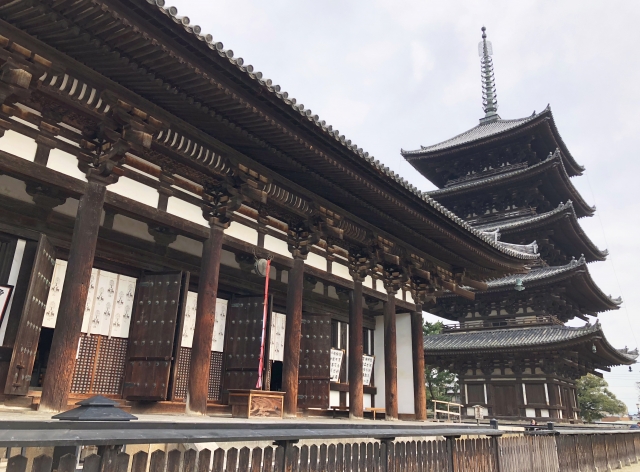 The third most famous temple in Nara is the Kofuku-ji Temple (9:00-17:00, ¥300), founded in the 8th century. The temple is mostly known for its 50m 5-story pagoda, which is seen as the symbol of Nara. Besides the 5-story pagoda, there is a 3-story pagoda, a National Treasure Museum, Octagonal temples, and two Golden Halls on the temple site. 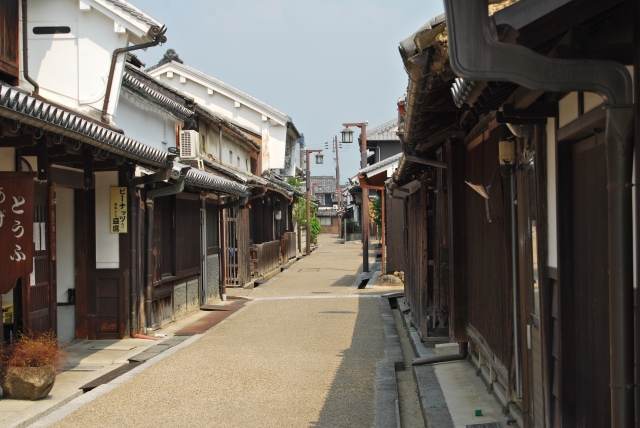 Close to the Nara Kintetsu Station, the Nara Park, and the above temples, is Naramachi, one of the most traditional neighborhoods of Nara with a history stretching back to the 8th century. The street is lined by traditional merchant houses, cafes, museums, and an excellent sake brewery called Harushika, which can be translated into English as Spring Deer. 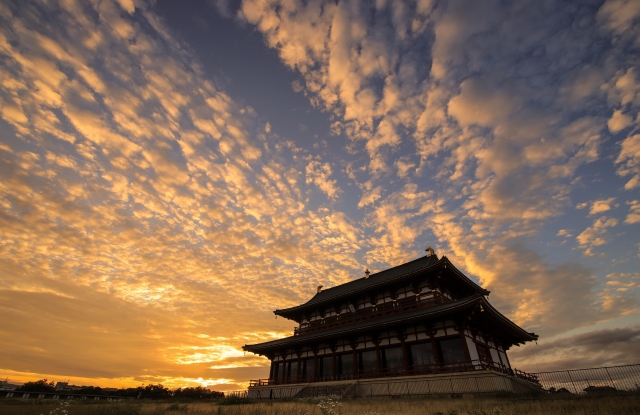 A 20-minute walk from Nara Park is the Heijo Palace (9:00-16:30), which was home to the emperor, his family, and government during the Nara Period. Much of the palace was lost after the capital moved from Nara, and the palace was abandoned to be used as rice fields in later days. The buildings you can nowadays see on the former palace’s site are apt reconstructed palace sites, exhibits about Nara’s long history, and an excavation site and hall. 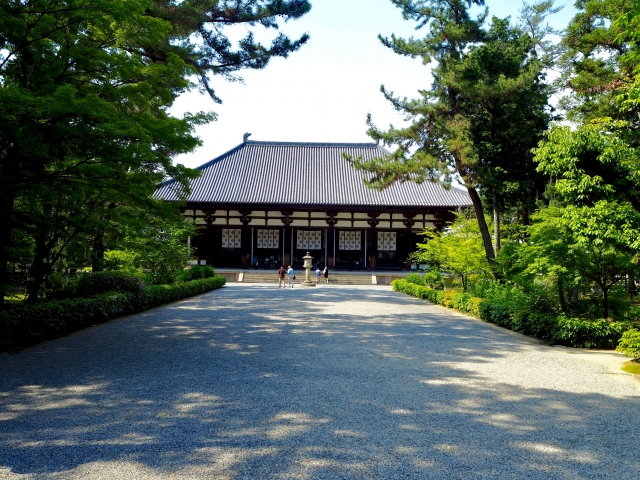 The only remaining building of the Heijo Palace, a lecture hall, is now found at the Toshodai-ji Temple. The Toshodai-ji temple, covered by thick foliage and surrounded by trees on all sides, was founded by Ganjin, a Chinese monk who was one of the most influential figures in spreading Buddhist teachings in Japan. His statue and grave are on the temple site. 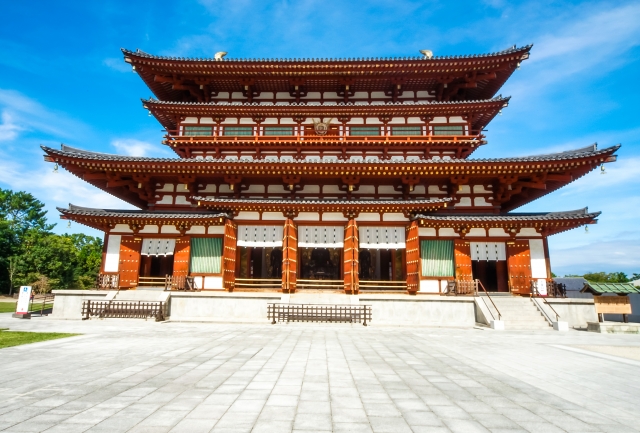 Next to the Toshodai-ji is the Yakushi-ji Temple (8:30-17:00, ¥800), another temple known as one of the seven great temples of Nara. The temple itself burned to the ground in a fire around 50 years ago and only the east pagoda remains in its original 8th century state. but still very worth a visit. 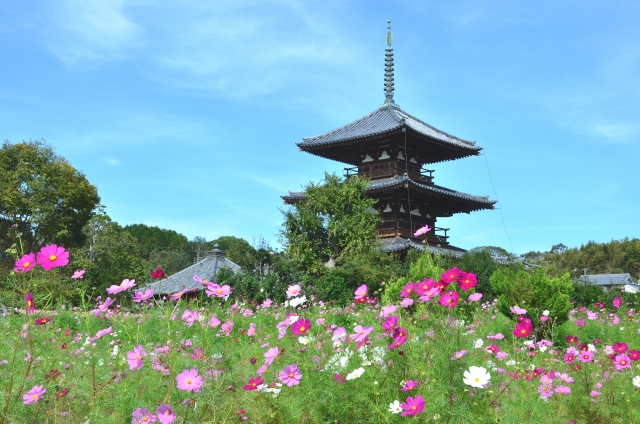 Another of Nara’s Great Temple is the Horyu-ji Temple (8:00-17:00, ¥1,500)、12km from Nara’s city center, is one of the oldest Buddhist temples in Japan, being founded in 607AD. Besides being one of the oldest of Japan’s temples, the temple houses the oldest wooden building in the world. The temple complex is large and spacious, with a Western area with 5-story pagoda and main hall, and Eastern precinct, Chuguji Temple, and Temple Treasury. 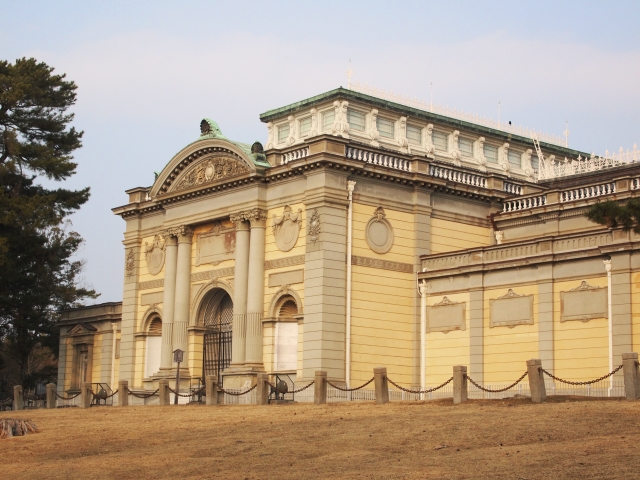 If you are a history or Buddhist fan, you can eat your heart out at the Nara National Museum (9:30-17:00, ¥500). The museum has a world-class Buddhist art and statue collection and has many temporary exhibits. The most popular and highly-visited of those temporary exhibits are the treasures of Todai-ji, open to the public for 2 weeks in late October. 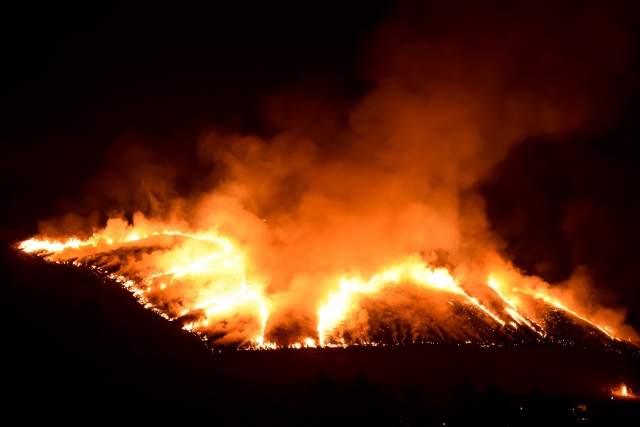 Mt. Wakakusa in Nara Park is the perfect place for a look-out over the city of Nara. The best reason to visit Mt. Wakakusa is for the Mount Wakakusa Fire Festival, when one side of the mountain is completely set alight and fireworks (some even in the shape of deer) light up the night sky. The festival is held on the 4th Saturday of January, and generally it’s very, very cold. 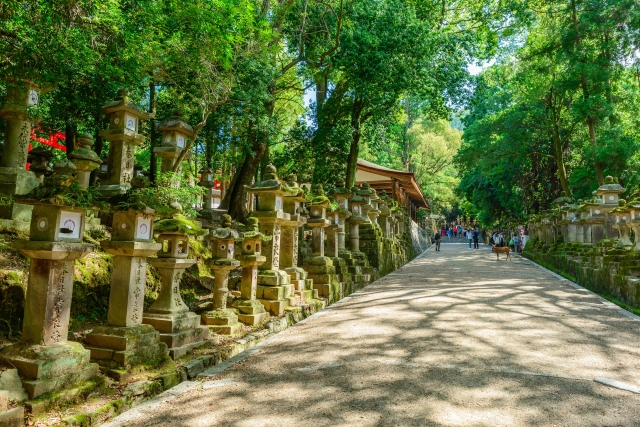 There are many more temples, museums, festivals, and Japanese gardens in Nara. Come and discover all the city has to offer!

How to get to Nara