FUKUI CITYDiscover the city's culture, history (from age-old to recent), and natural beauty.

Getting Around Japan > Destination > FUKUI CITY

Fukui City (福井市) is surrounded by mountains on one side, and the Sea of Japan to the other. Much of the population of the city live in the small city center but around the city there are tall mountains, rice paddies, and cliffs. As an old castle town, Fukui has much culture, history (from age-old to more recent), and natural beauty to discover in and around the city. 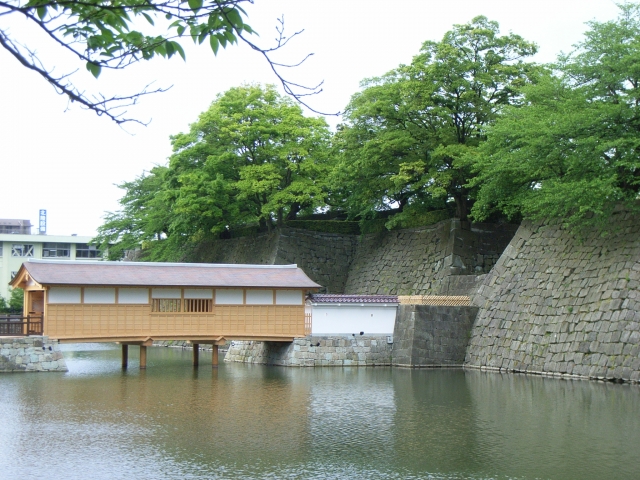 Much of the town was destroyed by bombings during World War 2 and the Fukui earthquake of 1948. The town and its people have proven resilient though, and many of the streets were rebuilt to resemble the destroyed buildings. One example is Fukui Castle, now used as the Prefectural and Police Office. The stone walls, moats, some bridges and gates survived the bombing and are now surrounded by cherry blossom trees. The castle grounds are especially popular during cherry blossom season when people bring their picnic blankets to the former castle grounds and spend hours looking at the colorful sakura. 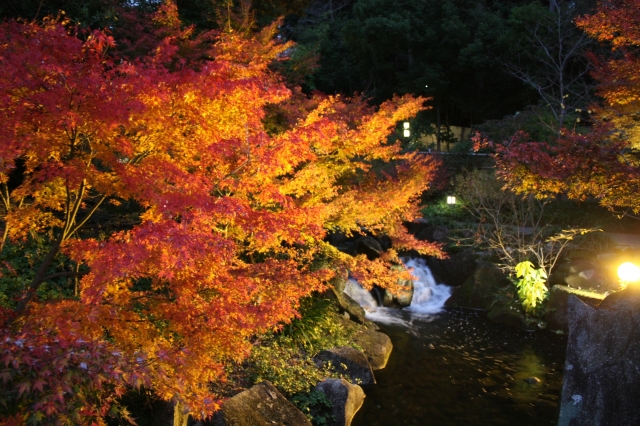 A 10-minute walk from Fukui Castle is the Yokokan Garden (9:00-19:00, ¥210), garden to a villa belonged to the ruling Matsudaira clan in the Edo Period (1600-1868). The garden is a lovely reminder of what gardens looked like in these feudal times with its large pond in the center. The view over the garden is particularly nice from the veranda of the villa. Again, spring is a good time to visit this garden as many of the trees are cherry blossoms. 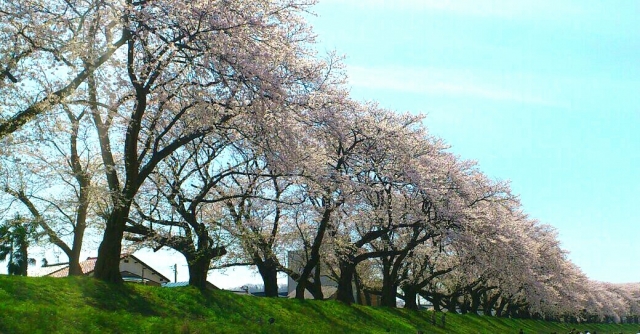 Another site known for its beauty in spring is the Asuwa River which runs through the city and ends at the Sea of Japan. The trees lining the river bloom in pink and white blossoms (early to mid-April) and are illuminated at night. The cherry blossoms of Asuwa are one of the 100 Best Cherry Blossom Spots in Japan. 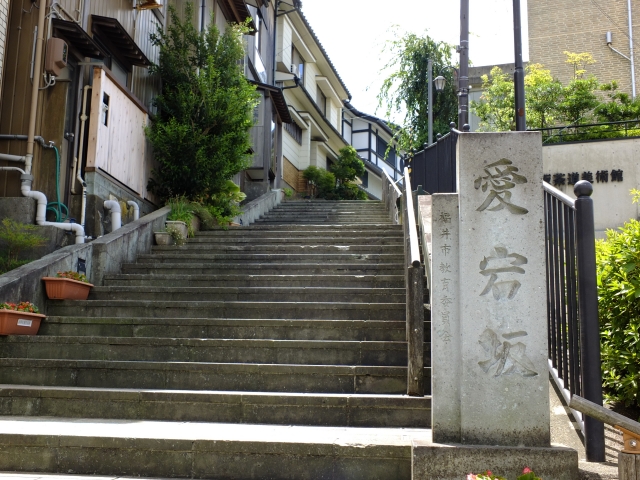 On the other side of the river from Fukui Castle is Mt. Asuwa, a tall mountain overlooking the city. The best way to the summit is by climbing the stone staircase with 145 steps called Atagozaka. At the top of the staircase is the Asuwa Shrine, the oldest shrine in the prefecture of Fukui at 1,500 years old and known for its beautiful hanging cherry blossom tree. The shrine enshrines deities said to offer safe childbirth and conception. 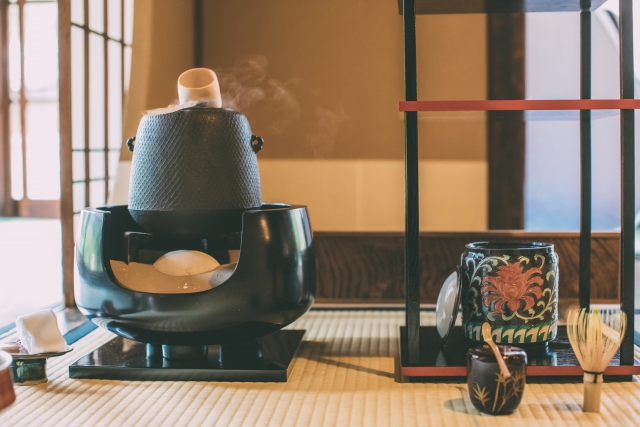 At the bottom of the Atagozaka staircase is the Atagozaka Tea Ceremony Museum (9:00-17:15, ¥100). This museum displays items used for Japanese tea ceremony such as hanging scrolls, tea cup and more. It also has its own space where you can drink matcha tea and eat the traditional sweets.

Another notable museums in Fukui City is the Fukui City History Museum (9:00-19:00, ¥210), in a building adjacent to the Yokokan Garden. The history of the city and prefecture of Fukui from thousands of years ago to as recent as the Second World War is exhibited here. Other museums in the center of Fukui City include the Fukui Prefectural Museum of Cultural History (9:00-17:00, ¥100) and the Fukui Museum of Fine Arts (9:00-17:15, ¥100) where mostly works of Japanese art from Fukui but also European art are displayed. 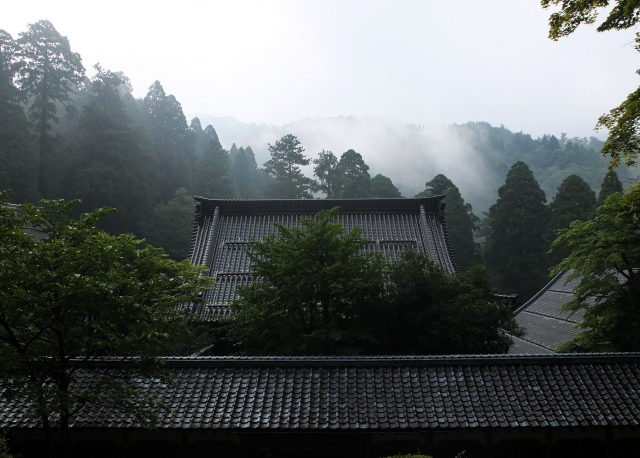 A 30-minute busdrive from the city is the zen monastery of Eihei-ji (¥500), a temple site which feels like an oasis of tranquility compared to the city center of Fukui. The 13th century Soto sect temple complex is built on a hill covered by tall cedar trees and has over 70 buildings such as kitchens, zen training centers, mausoleums on the ground. The temple is still used as a Buddhist zen training center. 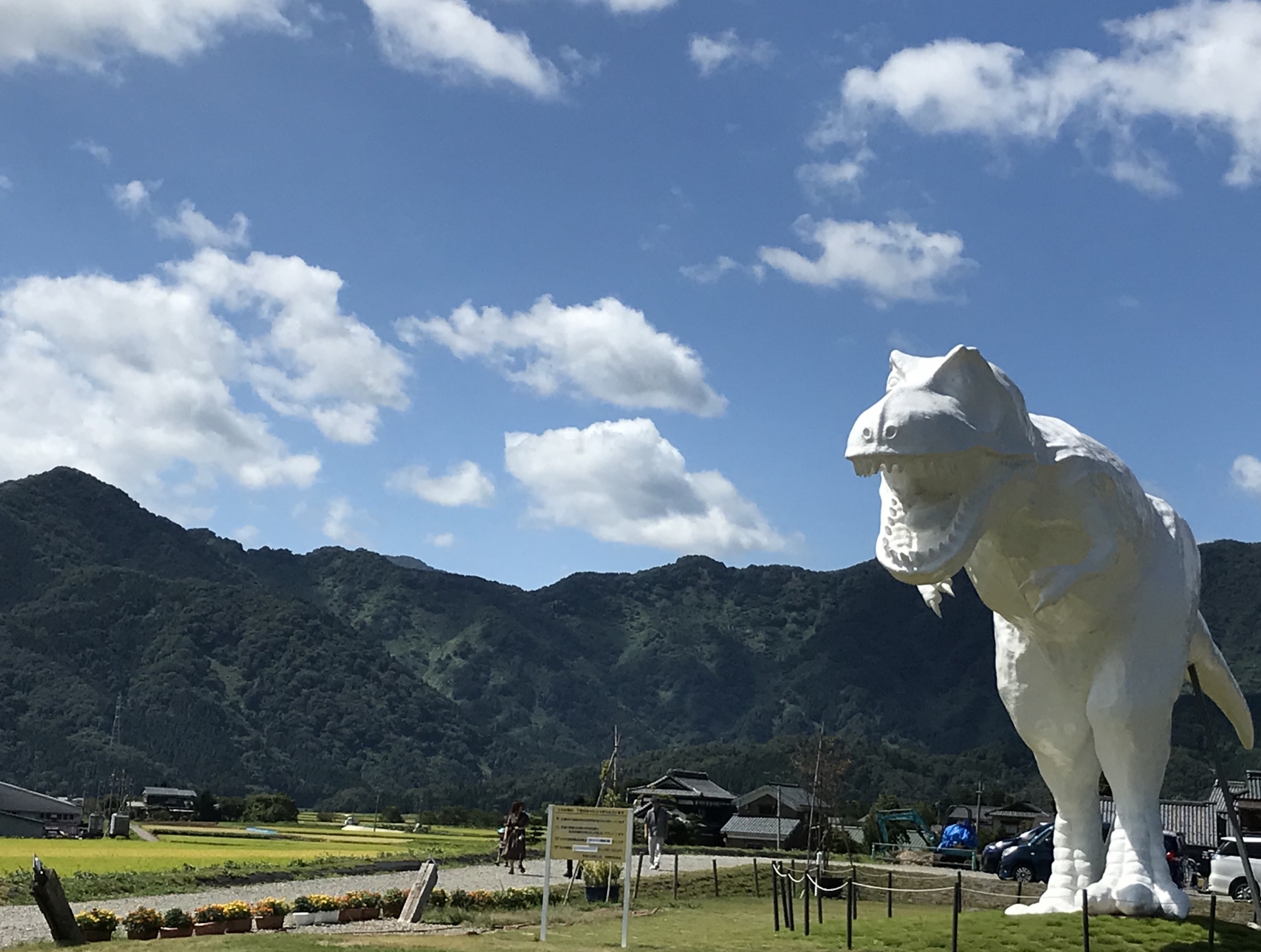 Near the Eihei-ji Temple is the Fukui Prefectural Dinosaur Museum (9:00-17:00, ¥720), known as one of the world’s three largest dinosaur museums. Fukui has seen more dinosaurs dug up than any other area in Japan and has thus been the site for much research and excavations. The modern-style museum has three floors, a movie theater, library, shop, and exhibition halls where the history and life of dinosaurs are displayed. 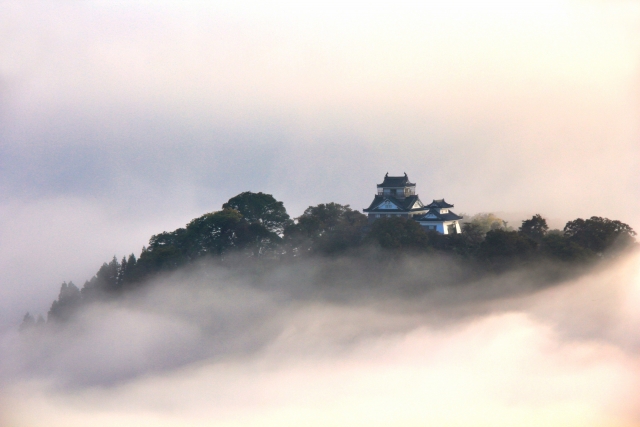 Another attraction near the temple complex of Eihei-ji is the Maruoka Castle, nicknamed Castle in the Mist, and allegedly the oldest wooden castle in Japan. The castle and the surrounding grounds are beautifully preserved. More information on the castle and its history can be found displayed on the three castle floors. Maruoka Castle and its castle park are especially beautiful in early to mid-April, when the 400 cherry blossoms on the castle ground bloom colorfully. The Maruoka Cherry Blossom Festival (April 1-20). At night the castle is illuminated (18:00-22:00). It can be accessed in 40 minutes from JR Fukui Station by Keifuku bus. 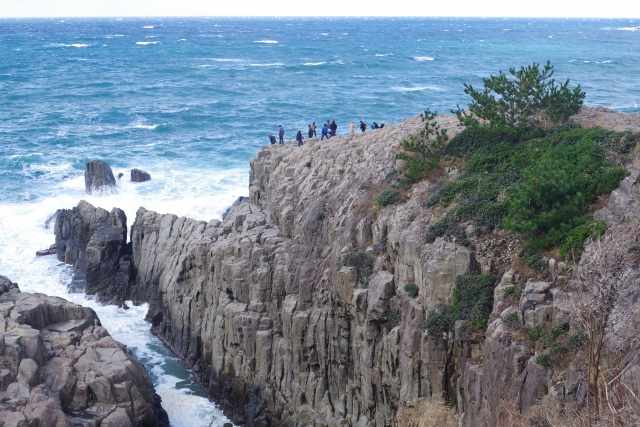 Follow the coastline of Fukui and you’ll get to the 100km long Echizen-Kaigan coast. The spot most renowned for its natural beauty are the cliffs of Tojinbo (東尋坊), part of the Echizen-Kaga Kaigan Quasi-National Park, and one of Japan’s most famous coastlines. 30 meters in height and stretched 1km in length, the rugged cliffs have inspired poets and painters for centuries. 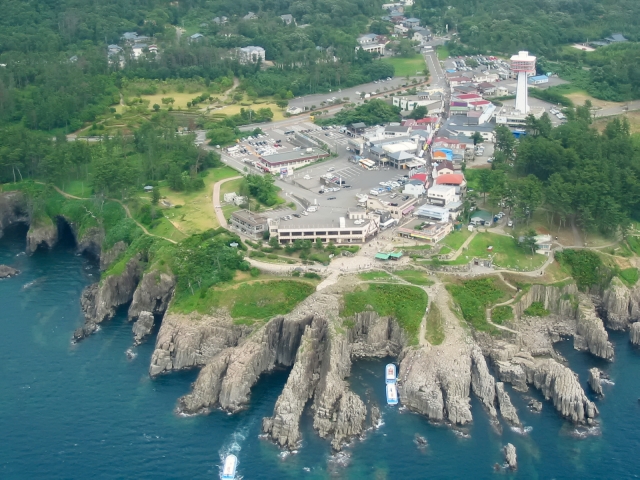 The hexagonal and pentagonal basaltic rocks that for the cliffs created 13 million years ago. According to legends, the cliffs are named after a Buddhist monkey who once upon a time was thrown into the sea from the cliffs. His spirit allegedly still haunts the cliffs. There are boat tours leaving from the base of the cliffs, but another way to see the cliffs is from the 55m Tojibo Tower. 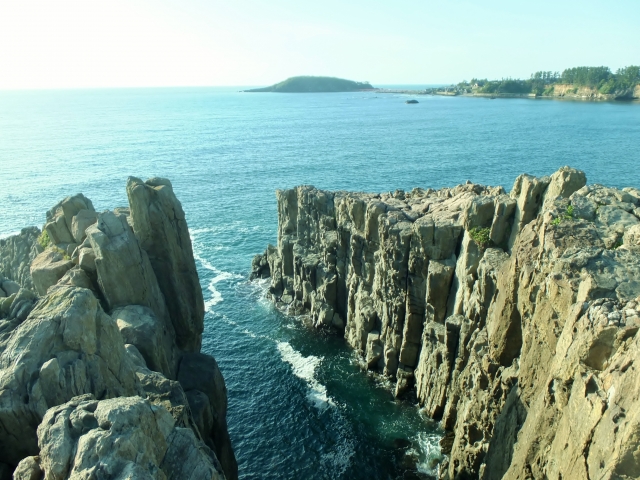 From Tojinbo you can hike to Oshima Island, the biggest island on the Echizen-Kaigan coast. A bright-red bridge crosses from the Japanese mainland to the island where you’ll see a shrine, tall trees, and more rugged rocks in the sea. Tojinbo can be accessed from Fukui City by Echizen train to Mikuni Station (50 minutes). Then transfer to the Keifuku bus bound for Tojinbo (10 minutes). 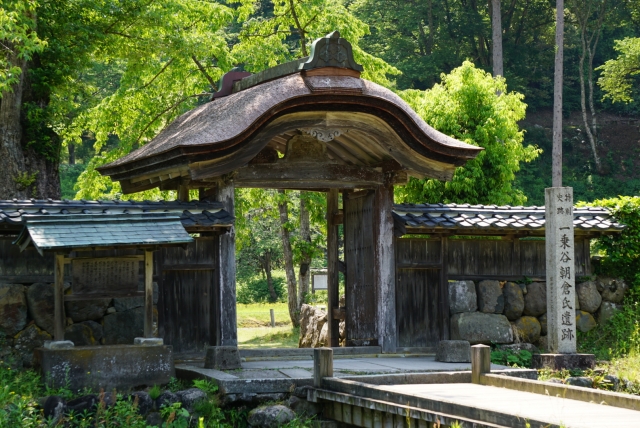 A 15-minute trainride from Fukui City are the Ichijodani Asakura Family Historic Ruins (9:00-17:00, ¥210). The Asakura was one of the ruling clans of the Echizen and built their vestige 10km from present-day Fukui City. Their city was destroyed in the late 15th century as the result of a lost battle, and is now partly excavated and reconstructed, complete with shopping street, and unearthed shrines and temples. The river flowing past the ruins leads upstream to the Ichijo Waterfall, a 12m tall ear the ruins for an extra added bonus.

How to get to Fukui

1. From Kanazawa Station to JR Fukui Station (45 minutes):
Take the JR express train heading to Fukui and get off at Fukui Station.