KAGA ONSENPopular onsen resort consisting of four small villages, each with their own attractions.

Getting Around Japan > Destination > KAGA ONSEN

Kaga Onsen (加賀温泉) is an onsen resort close to Kanazawa made up of four hot spring towns called Yamashiro, Yamanaka, Amazu, and Katayamazu. Kaga Onsen lies in the shadow of Mt. Hakusan, one of Japan’s Three Holiest Mountains together with Fuji and Tateyama. 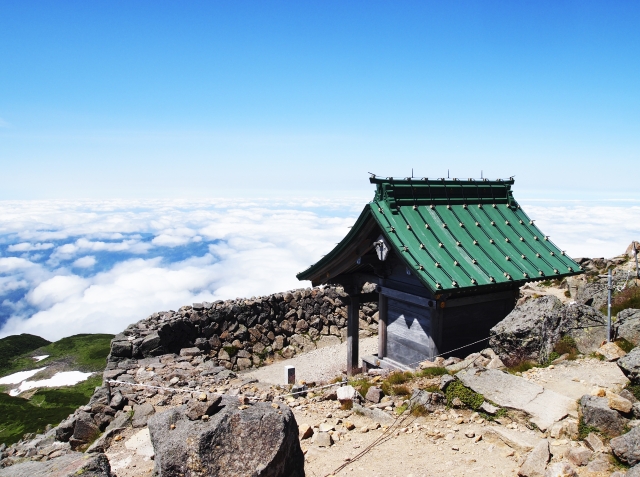 Discovered over 1,300 years ago by monks on their way to worship Mt. Hakusan, Kaga Onsen has been one of Japan’s popular hot spring resorts ever since. Every town has a public bath in the town center called soyu, or bath houses in English, and provide some of the most local bathing experiences you can have in Japan. 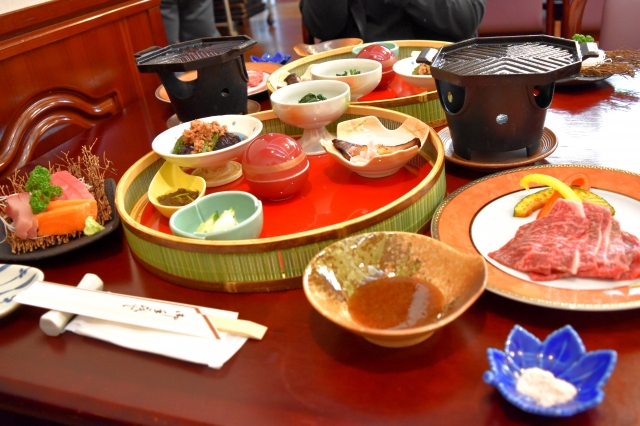 The four small towns of Kaga Onsen have many ryokan (Japanese guesthouse) surrounding the public soyu’s. These ryokan have hot spring as well, with water springing from its own source, making the water clean and fresh. The hot spring water of Kaga Onsen is said to be good for the skin.

The entire Kaga Onsen area with its four villages is quite spread out, but there is a convenient bus service running between each of the onsen villages and attractions in the region called the Canbus (1-day pass, ¥1000, 2-day pass, ¥1,200). For those planning to go bathing in Kaga Onsen, there is a pass called the Kaga Onsen Village Passport (¥800) which will get you entree to three of the onsens of your choice.

Yamanaka Onsen, the south region of Kaga Onsen, is the closest town to Mt. Hakusan and surrounded by nature on all sides. The town has a modern-looking main street, with many traditional side streets and the Daishoji River running through its center. Known for its lacquer-ware, pottery, and paper, there are many shops in the main street offering workshops in these crafts. 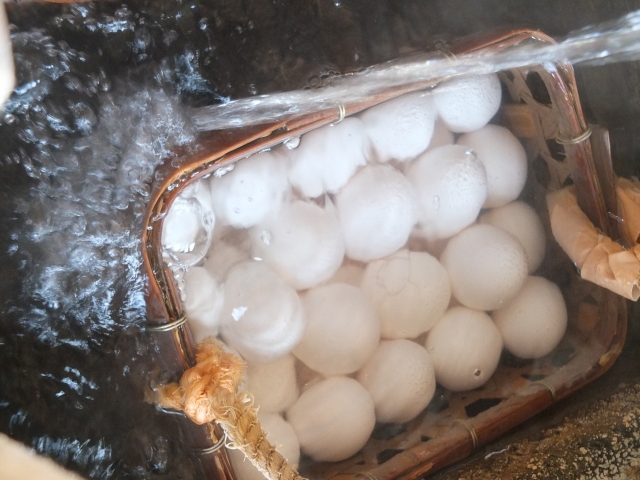 The town’s soyu is called Kiku-no-Yu (7:00-22.30, ¥420), an onsen with a history of 1,300 years and renowned for its healing water said to be extremely good for skin conditions. For those less comfortable with sharing a bath with strangers, onsen eggs are sold and a foot bath is right in front of the soyu. 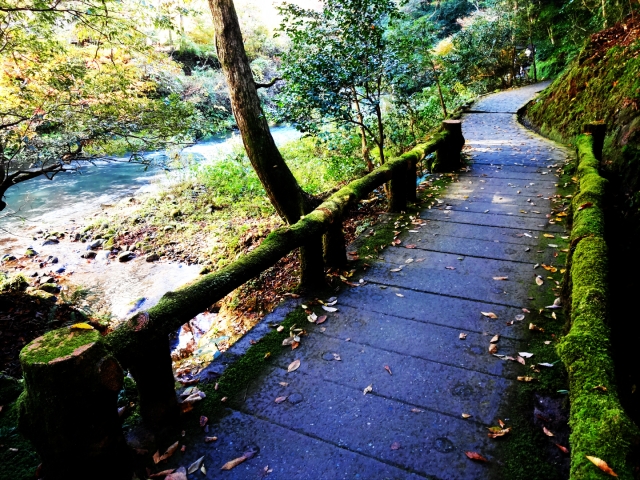 The Daishoji River leads to the Kakusenkei Gorge, a forest area which you can access via hiking for 20 minutes on trails running along the river from the village. The best view over the gorge is seen from the three bridges hanging over the river. The gorge is particularly beautiful in April, when the cherry blossoms in and around the gorge bloom in all sorts of pink and white.

Yamashiro Onsen is in the east of Kaga Onsen and famous for its two main public bath houses called soyu and ko-soyu (6:00-22:00, ¥500~) in the center of the town. While the Soyu bath is modern in appearance and facilities, ko-soyu was built in the style of the early Meiji Period (1868-1912) with its winged roofs and rest area on the second floor. The sulfate-rich water helps those with skin issues of any sort get healthy again. 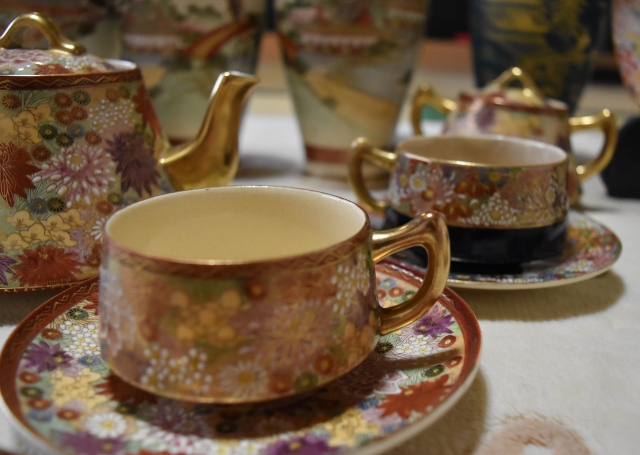 Just like Yamanaka Onsen, Yamashiro is known for its pottery called Kutaniyaki. The Kutaniyaki Exhibition Hall (9:00-17:00, ¥310) offers ceramic workshops as well as exhibitions of pottery pieces throughout the ages. For those wanting to learn more about the local art of ceramics, Rosanjin’s Hut Iroha (9:00-17:00, ¥500) showcases the work and life of Rosanjin, one of the most renowned ceramicists in Japan, in his former house.

Katayamazu is the hot spring town situated along the shores of the Shibayama Lagoon of the Sea of Japan. Many of the ryokan have views over the sea on one side and over Mt. Haku on the other. The onsen water of modern-looking Katayamazu’s soyu (6:00-22:00, ¥440) is said to good for those with blood circulation problems.

Those wanting an activity which does not involve bathing can visit the Museum of Snow and Ice (9:00-17:00, ¥500), which exhibits the work of Ukichiro Nakayama. The scientist dedicated his entire work to studying and experimenting with snow crystals. Visitors can try their own snow crystal experiment at this museum. Another museum is the Kitamae Ships Museum (9:00-17:00, ¥310), where the exhibition is dedicated to the trade routes and the ships built in the Kaga Onsen area.

The water of Awazu’s soyu (8:00-22:00, ¥420) helps with skin rejuvenation and blood circulation. Another reason to visit Awazu is to see and hopefully sleep at the world’s oldest known hotel. Hoshi Ryokan was built in the early 8th century holds the Guinness World Record for oldest continuously operating hotel. 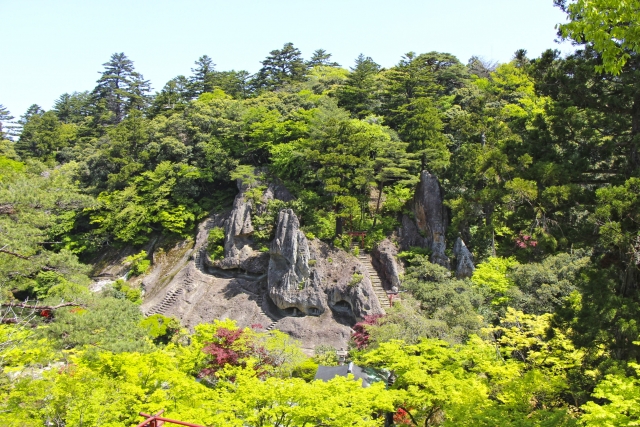 The Natadera Temple in Awazu is a temple of the Buddhist Shingon sect founded in the 8th century by a monk looking for Kannon, the goddess of mercy, said to live on Mt. Haku. Statues of Kannon can be found at several temples on the complex and in the caves carved in the rockside which were used for meditation.

A non-religious/bathing activity in Awazu Onsen would be the Motorcar Museum of Japan (9:00-17:00, ¥1,000) where vintage cars from all over the world are displayed.

How to get to Kaga Onsen

2. From Tokyo Station to Kaga Onsen (1.5 hours):
Take the JR Hokuriku Main Line heading to Fukui and get off at Kaga Onsen.