KAMAKURAAncient capital of Japan with many important religious sites and samurai legacies.

Getting Around Japan > Destination > KAMAKURA

Seaside Kamakura (鎌倉) is located south of Tokyo and a wonderful escape from the hustle and bustle of Japan’s capital city. Kamakura used to be the political center of Japan about 800 years ago and as such, many influential people established temples, shrines, and other buildings at the city. 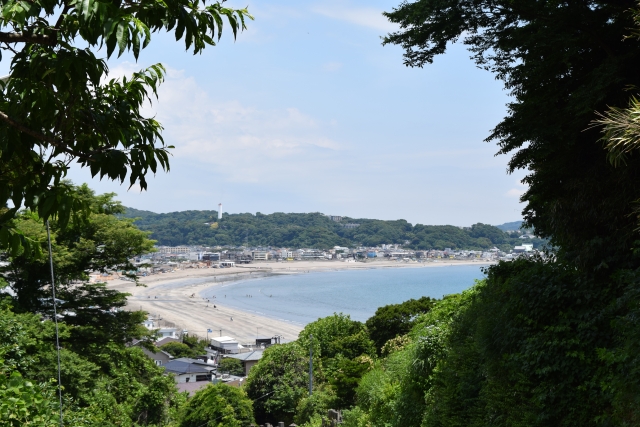 Nowadays, beach town Kamakura draws many vacationers looking to try the waves. Surfers, fishers, and swimmers are commonly seen enjoying the water at any season. More popular than the sea however, are the multitude of historic temples and shrines strewn around the city. 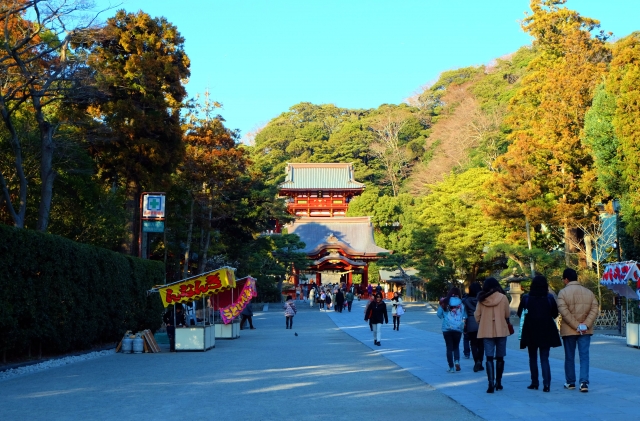 Tsurugaoku Hachimangu, also nicknamed Hachiman-sama, is arguably the most famous landmark of Kamakura together with the Daibutsu. The shrine was established in the 11th century by the founder of the Kamakura government and has since been the heart of the city, both in importance and in location. The shrine complex is vast, with a long street with torii gates leading the way to the temple all from sea. 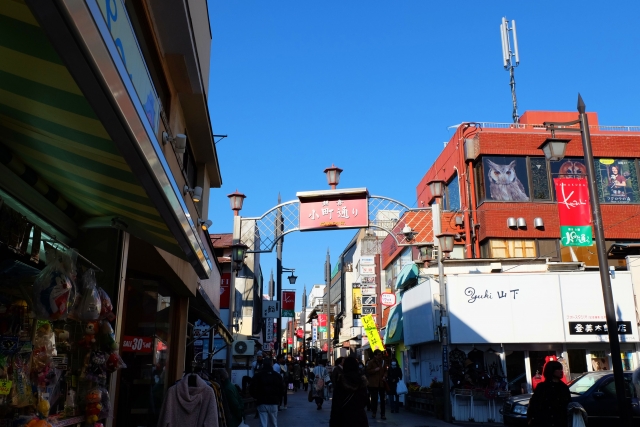 Komachi-doori, or Komachi Street, is Kamakura’s shopping street. The street starts at Kamakura Station and ends right in front of Hachiman-sama. Many Kamakura delicacies and souvenirs can be found here. 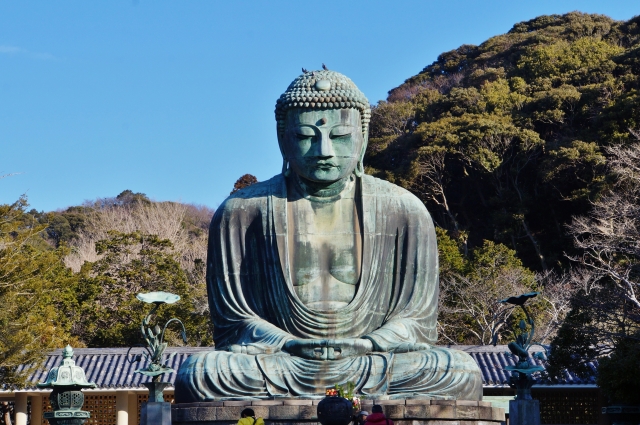 Kotoku-in, a centrally located temple site, is one of Kamakura’s highlights and most famous is its enormous 11-meter high iron Amida Buddha, called Daibutsu. The Daibutsu is only surpassed in height in Japan by Nara’s massive Todaiji Daibutsu and was cast in bronze in the late 1250’s. The Daibutsu can be admired all out in the open air, and people can enter the bronze statue for a small fee. 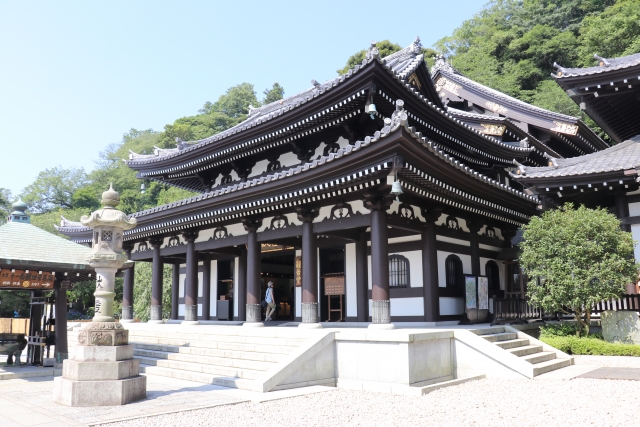 Close to Kotoku-in is Hase-dera, a temple most beloved when the hydrangeas are blooming, was built in the 8th century. The temple houses an impressive 11-headed wooden statue of Kannon, the Buddhist goddess of Mercy. Besides housing this important Buddhist artifact, Hase-dera is a vantage point overlooking the city of Kamakura and the ocean, and has a beautiful garden. 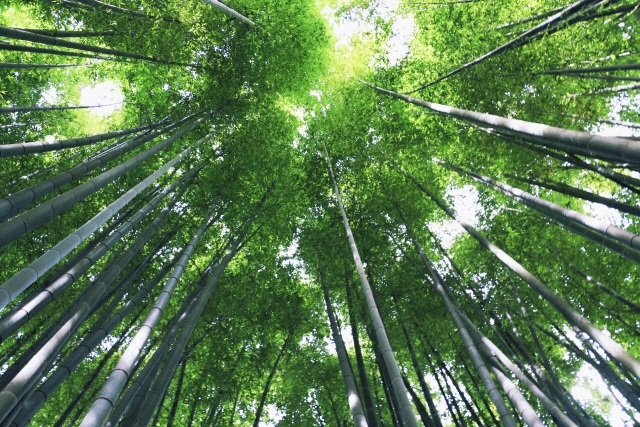 A little ways further from the city center is Hokoku-ji, a temple is famous for its bamboo forest and has thus been christened Bamboo Temple. This small Zen temple holds over 2000 bamboo stalks which can be admired from a tea house in the middle of the bamboo garden. 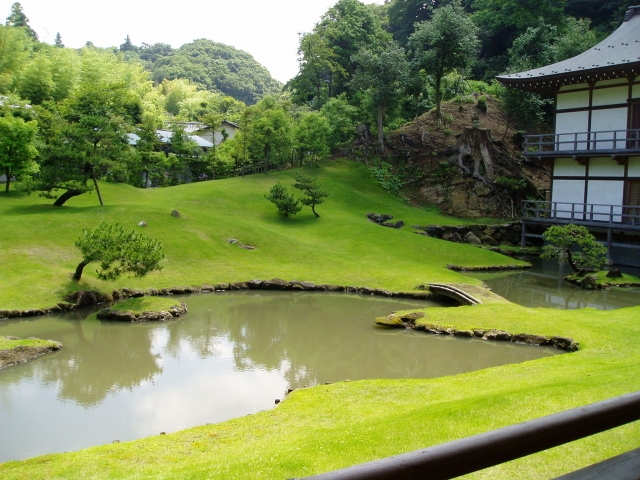 Kencho-ji is Kamakura’s most important historic zen monastery and is Japan’s oldest Zen training center. The large complex has several temples housing different artifacts and deities. The main site is the Zen garden at the main hall. Stools are places in the temple for visitors to contemplate. 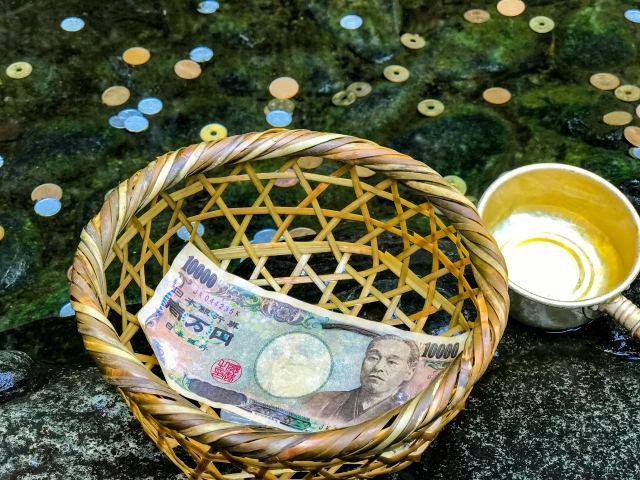 A short walk from Kencho-ji is Zeniarai Benten Shrine, officially called Zeniarai Benzaiten Ugafuku. The shrine might be small-scale compared to large Kencho-ji, but has a very important (and beloved) function. The water flowing in Benten is said to be beneficial to money. By washing your coins and bills in the water, you’ll double your money. 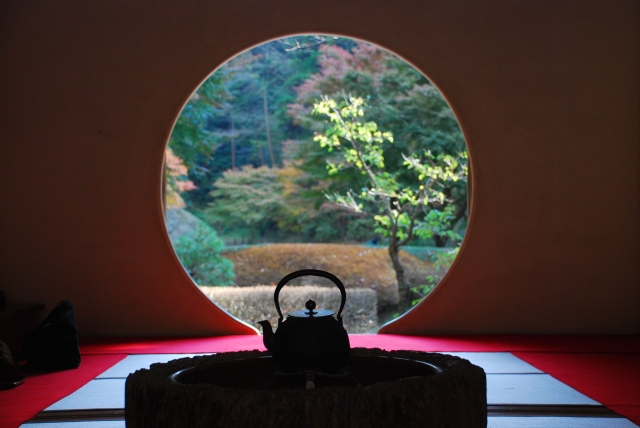 Just going around Kamakura will take you past numerous Buddhist and Shintoist sites, either hidden away or in plain sight. Get a bicycle or start walking and you’ll see many interesting buildings. 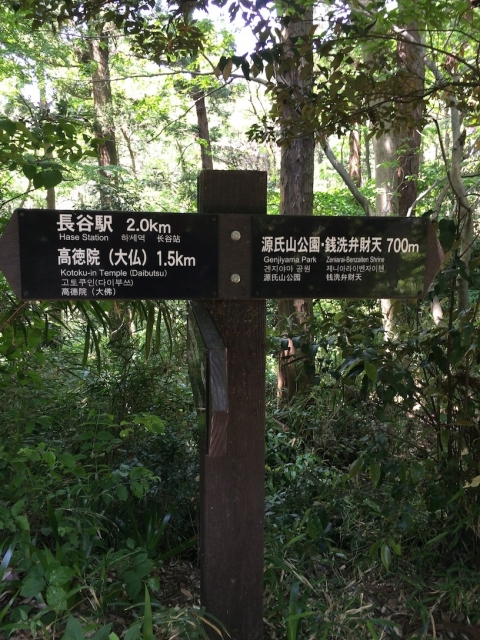 How to get to Kamakura