KUROBE GORGE RAILWAYSee the most beautiful autumn colors at one of Japan's 3 Great Gorges.

The Kurobe Gorge is famous as one of Japan’s 3 Great Gorges and as one of the Top 100 Hidden Scenic Spots. The Kurobe River, with its spring at Kurobe Dam, flows into the sea at the city of Kurobe. The Gorge of Kurobe is the ravine that was created by the force of the river and is halfway between Kurobe Dam and Kurobe City. Access to Kurobe Gorge is via train from Unazaki Station, the station of Unazaki Onsen, Toyama Prefecture’s largest onsen resort with many hot springs, ryokans, and souvenir shops. 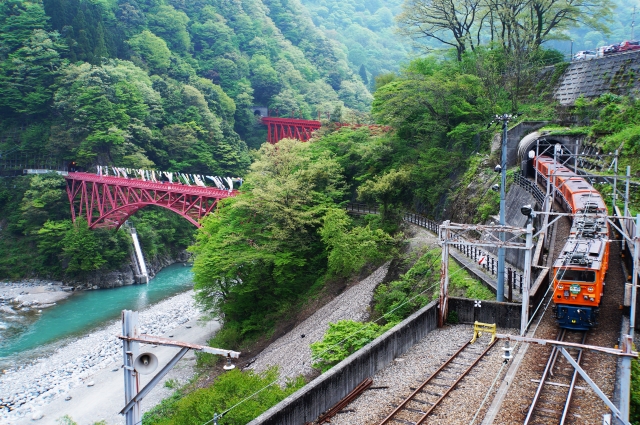 If you want a close look at the train heading to the Kurobe Gorge walk along the river for 10 minutes to an observation deck. From there you get the best view over the famous bright red bridge called Shin-Yamabiko. 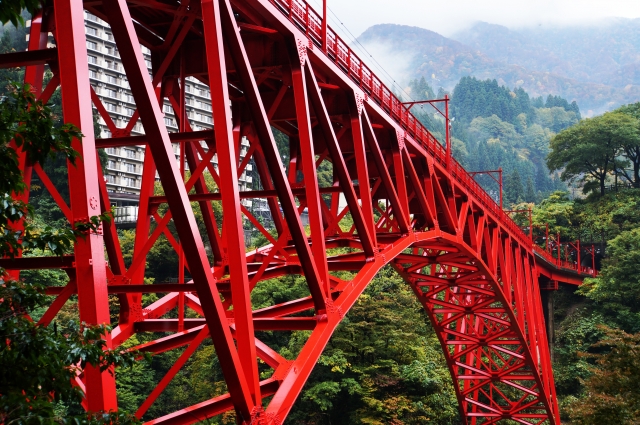 The train from Unazaki Station runs all along the Kurobe Gorge. The railway was originally used to transport building materials to Kurobe Dam during the construction of the massive dam. Nowadays, the train line is no longer used for practical purposes, but for transporting tourists through the ravine. 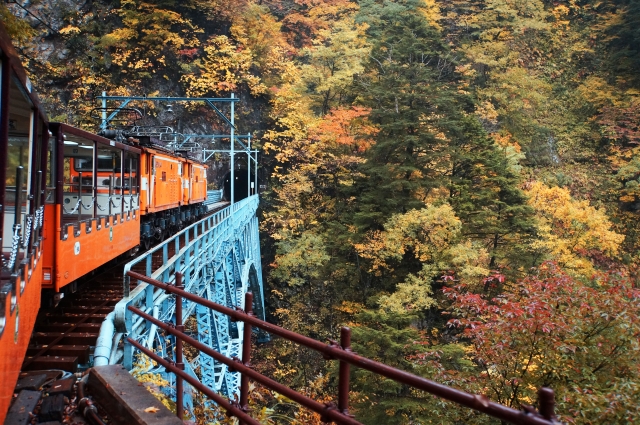 A ride on the train is almost like a ride on a theme park attraction. The decks of the cars of the train are open so people can lean out of the window, looking down at the steep ravine. The tracks follow the Kurobe River, and go past mountainsides with perpetual snow while making stops at several places. 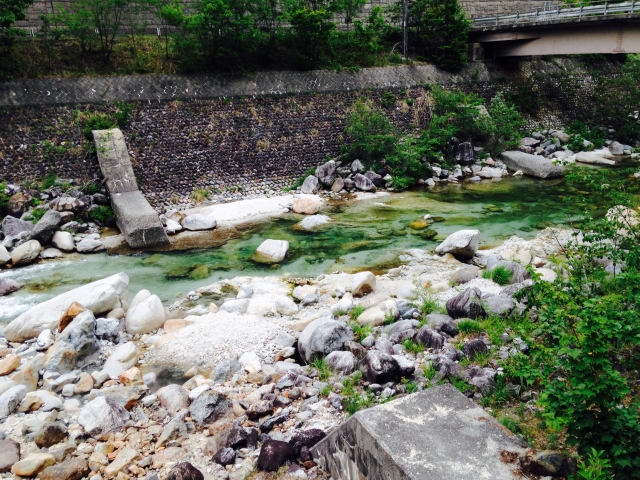 One of the most interesting stops for those that love hot springs is Kanetsuri, a place where you can bathe in the river. At a certain spot at the riverside, if you dig a little in the soil, hot water will come bubbling up. Anyone is free to start digging and bathing. A little walk from the Kanetsuri you can find Mannen Yuki, a snow back of eternal snow. 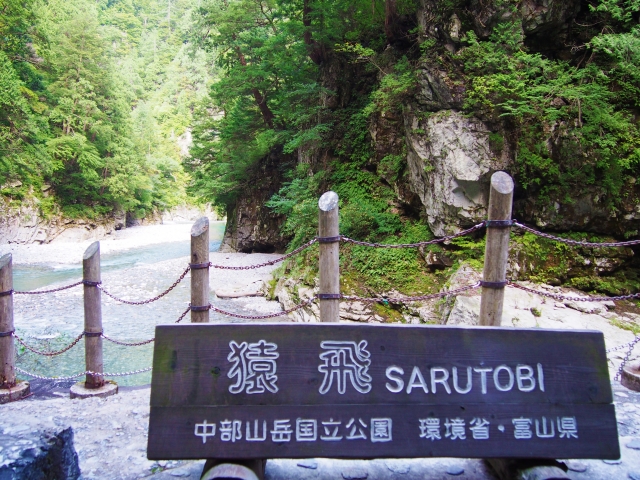 The end of the line is Keyakidaira, the station where most mountaineers will disembark as there are several hiking trails to the top of the Alpine mountain range. Other attractions in the area include the Okukane Bridge, a bright red walking bridge that spans over the river, a foot bath that lies beneath the Okukane Bridge, Hitokui Iwa, a path near the bridge that cuts through a large cliff, and Sarutobikyo Gorge, a short trail next to the river. 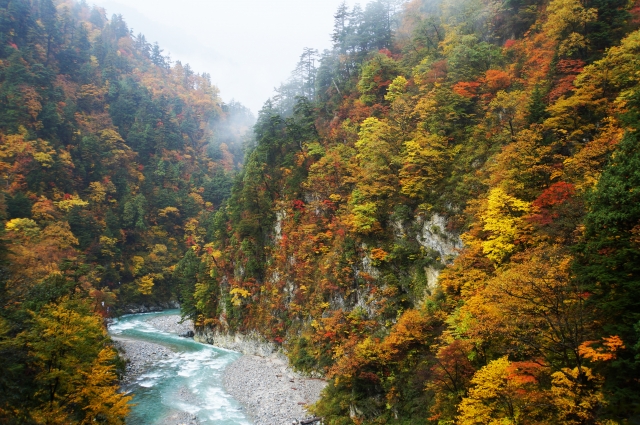 The best time to visit the Kurobe Gorge are the months of October and November. The foliage changes into all sorts of reds, oranges, and yellows. Autumn is the most popular time to visit for many Japanese as koyo (紅葉), or autumn-leaf viewing, is the second most beloved activity, next to cherry blossom viewing.

How to get to the Kurobe Gorge Railway