NIKKOSmall city dotted with important temples and shrines and a nearby national park famous for its waterfalls.

Getting Around Japan > Destination > NIKKO

A small city in the north of Tokyo, Nikko has a long history. The center of the city is spotted with historically and religiously important temples and shrines. A little ways away is the Nikko National Park, where hiking trails and ropeways lead you to beautiful waterfalls, scenic lakes, and onsen towns. 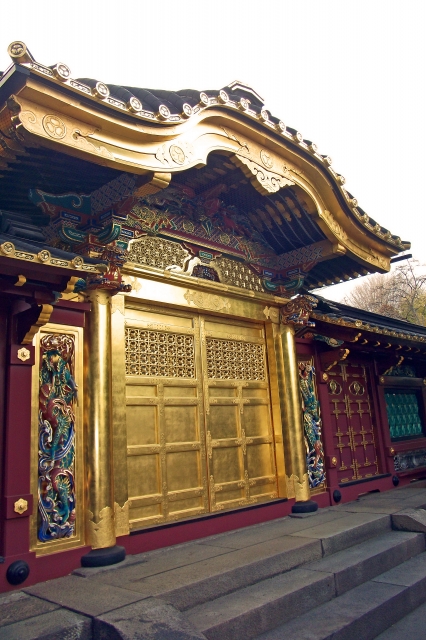 The most famous is the Nikko Tosho-gu, a shrine which enshrines Tokugawa Ieyasu, the warlord who united Japan and founded the Tokugawa Shogunate which ruled Japan for 250 years. The shrine, built in 1617, serves as a memorial and deifies Tokugawa as deity Tosho Daigongen. It is one of the most opulent shrines in Japan, with colorful walls, gilded roofs, and meticulously carved decorations like the sleeping cat (nemurineko) and the hear no evil, see no evil, speak no evil monkeys. More than a dozen buildings like a five-story pagoda are on the shrine site. 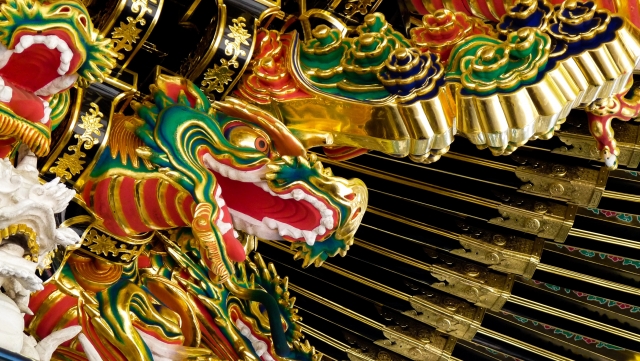 The main hall enshrines not only the spirit of Tokugawa Ieyasu, but many other important Japanese historical figures as well. On the right of the main hall is Tokugawa’s mausoleum which you can enter for a small fee. Outside of the shrine you’ll find the Nikko Tosho-gu Museum where you’ll find an exhibition of many of Shogun Tokugawa’s personal effects. 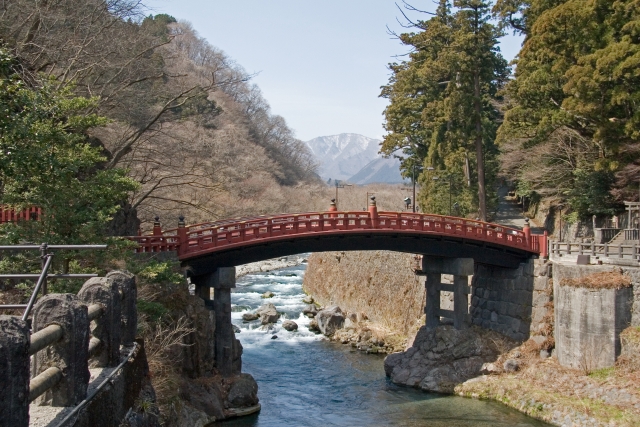 Futarasan Shrine, close to the Tosho-gu Shrine, is a shrine with an incredibly long history. Founded in the 8th century, the shrine is the place of worship for the Nikko mountain deities of Mt. Nantai, Mt. Taro, and Mt. Nyoho. The bright red Shinkyo Bridge (sacred bridge in English), part of the shrine, is 1 km away and is seen as the entrance to the temple and shrine section of the town of Nikko. The bridge is known as one of Japan’s Three Great Bridges. 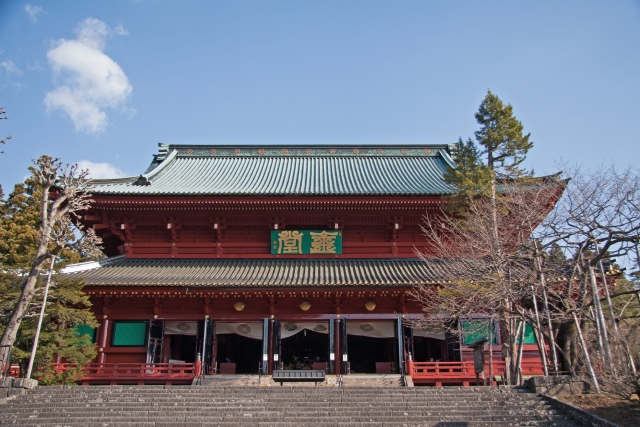 In between Futarasan and Tosho-gu is Rinnoji, the most important temple of Nikko. This temple is in part dedicated to the three great mountains of Nikko like Futarasan. At Rinnoji though, the mountains are imagined as Buddhist deities. The temple site has a treasure house which displays Buddhist artifacts, and a Japanese garden which is famous for its autumn leaves. 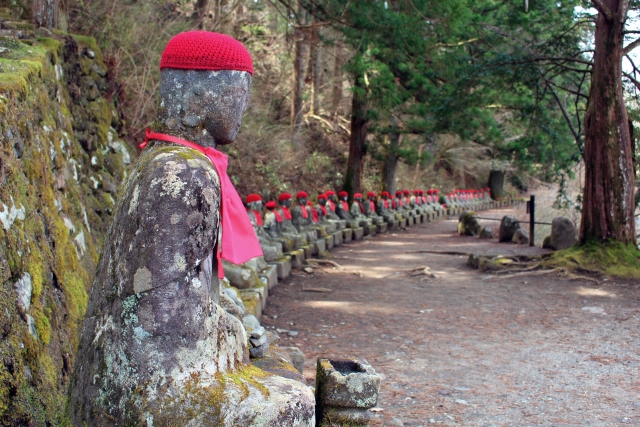 Follow an easy walking trail by the river that runs through Nikko and you’ll get to the Kanmanga-fuchi Abyss. Most famous of the Abyss is the row of over 70 Jizo statues. Jizo was a Bodhisattva or good spirit who was especially known as a guardian for children, travelers, and deceased. The line of Jizo looks out over the Tamozawa Villa and Nikko’s Botanical Garden on the other side of the river. 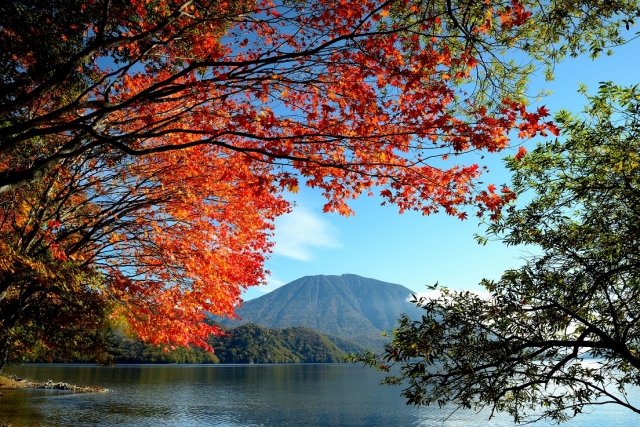 Take a bus from the center of Nikko with all its shrines and temples, and go up the mountains for the National Park of Nikko. 11 km from the city center is Lake Chuzen-ji, a lake that was formed 20,000 years ago by eruptions from Mt. Nantai, a volcano and Nikko’s most famous mountain next to the lake. The lake is 25 km in circumference and can be walked or seen from sightseeing boats. Especially autumn with its red leaves and summer with it’s nice cool temperatures are popular times to visit. At the shores of Chuzen-ji you’ll find a small onsen town called Chuzenjiko Onsen, and the Kegon and Ryuzu Waterfalls. 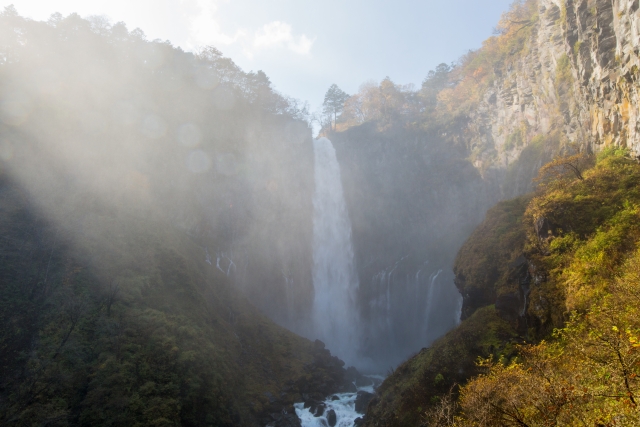 The Kegon Falls is one of Japan’s Three Most Beautiful waterfalls, together with the Nachi Fall in Wakayama and the Fukuroda Falls in Ibaraki. The waterfall is 7 meters wide and a stunning 97 meters long. If you want to see the waterfall from the base, a paid elevator ride will take you to an observation deck at the bottom. 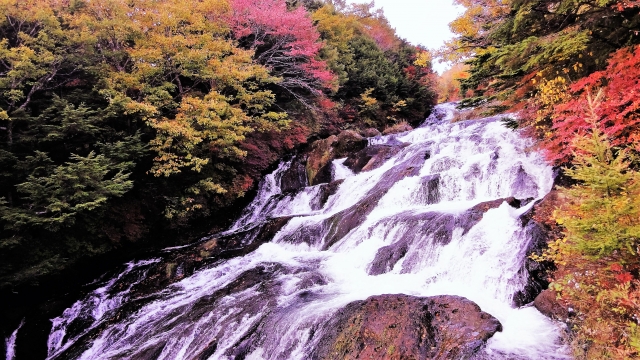 The nearby Ryuzu Waterfall can be translated as Dragon’s Head Waterfall. This is Nikko’s second most popular waterfall and especially beautiful in autumn when the trees surrounding the waterfall change colors. 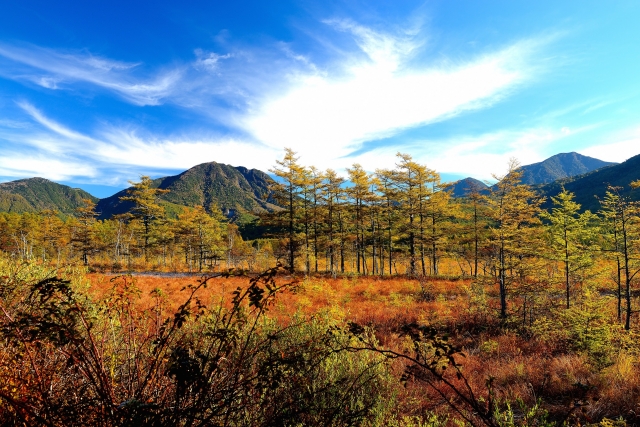 To the north of the Chuzen-ji Lake, a little further from the Ryuzu Waterfall, you’ll find the marshlands of Senjogahara, an area with many hiking trails that are especially beautiful in October. Most hiking show you views over the plateau and the surrounding mountains. As a marshlands area, the Senjogahara plateau has many interesting flowers and trees in the green season. 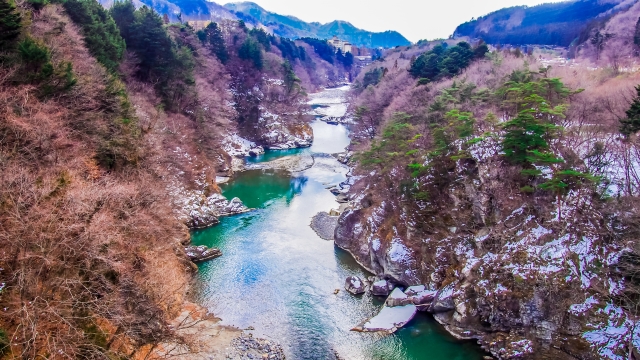 To the south of the center of Nikko, away from the National Park, you’ll find Kinugawa Onsen, a hot spring resort with several hotel and ryokan. The village looks relatively new but has a long history. In the olden days, only priests and lords were allowed to bathe in the water which is said to heal burn wounds. Nowadays, everyone is allowed to take a dip in the alkaline hot spring water.

How to get to Nikko