Getting Around Japan > Destination > NOTO PENINSULA

About the Noto Peninsula

Ishikawa Prefecture’s Noto Peninsula (能登半島) is a peninsula 1 hour from Kanazawa stretching around 100km into the Sea of Japan. One of the lesser publicized and populated areas of Japan, the peninsula is known for its peaceful countryside scenery and wild, untouched coastline. 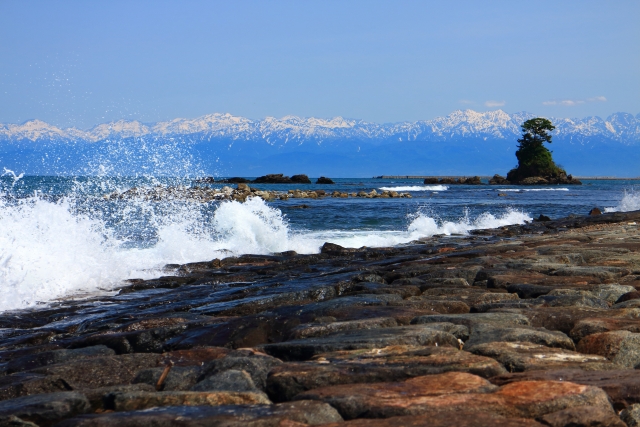 While most places in Japan are firmly established in these modern times, visiting the Noto Peninsula can feel like taking a step back in time. This is exemplified by the poor state of public transportation through the peninsula. Most people will visit the peninsula by renting a car or by joining a tour bound for Noto. 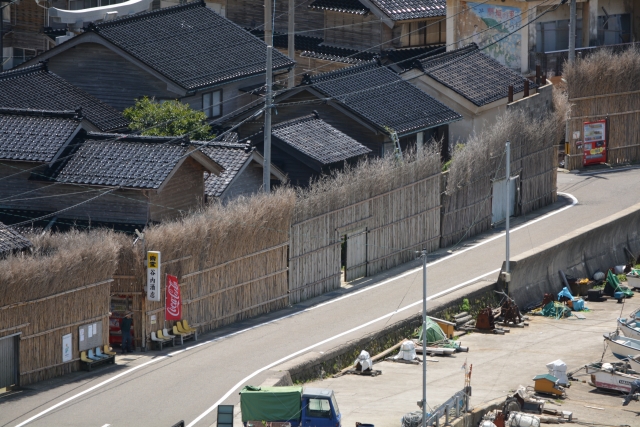 The Noto Peninsula is comprised of three areas; the Kuchi-Noto, or Lower Noto, is closest to the mainland and Kanazawa and as such, has the best public transportation. Here the cities Hakui and Kahoku are situated. Naka-Noto, Central Noto, is made up of Nanao City and Wakura Onsen, one of the biggest cities of Noto. Oku-Noto, or Upper Noto, is the least accessible area but with the most stunning nature. It has the cities of Wajima, Suzu, Noto Town and Notojima. 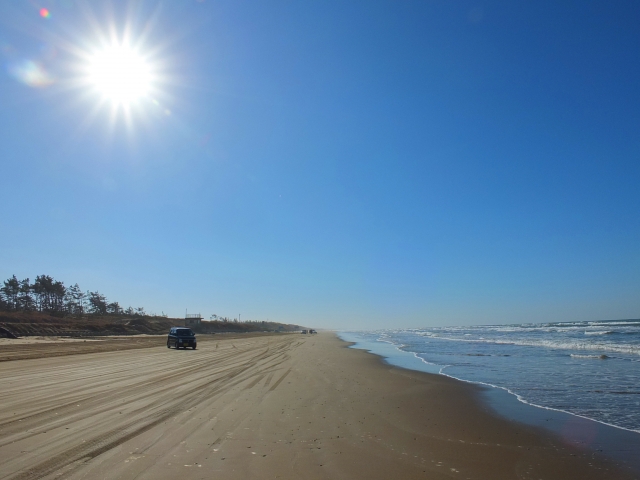 On the coast of the city of Hakui is Chirihama, an 8km long beach and the only beach in Japan people are allowed to drive their car on. 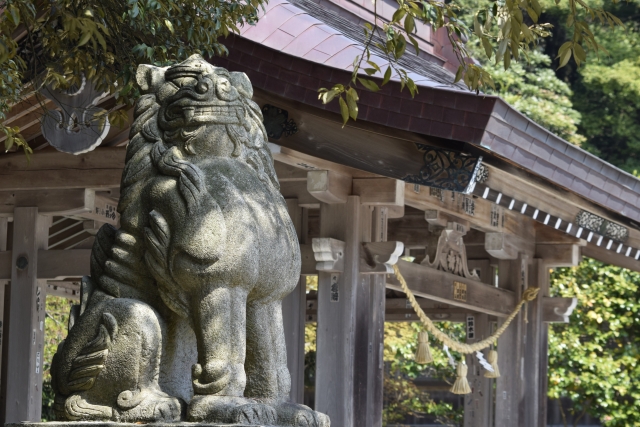 Besides the rugged coastline and incredible rock formations Noto is most famous for, the small cities, temples, and shrines are something to behold. One of the finest pieces of architecture in the Noto Peninsula is the Myojo-ji Temple (8:00-17:00, ¥510) in Lower Noto’s Hakui City, founded in the 13th century as one of the main temple of the Buddhist Nichirin sect and most famous for its 5-story pagoda. The Keta Great Shrine, just a short walk from Myojo-ji,is a shrine dedicated to love. If you want a partner or a good marriage, here is where you come to pray. 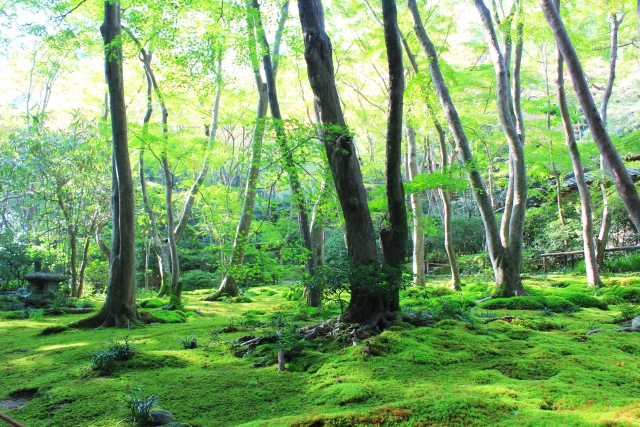 For those loving history, Kita-ke (8:30-17:00, ¥500), meaning the Kita House, is a museum close to Chirihama Beach. It was the house of Noto’s noble family in the Edo Period (1600-1868).The house is well-preserved, with many of the admistrating documents, weapons, artwork displayed in the family home. The garden in the house is its crowning jewel and given the nickname the Moss Temple of Noto. 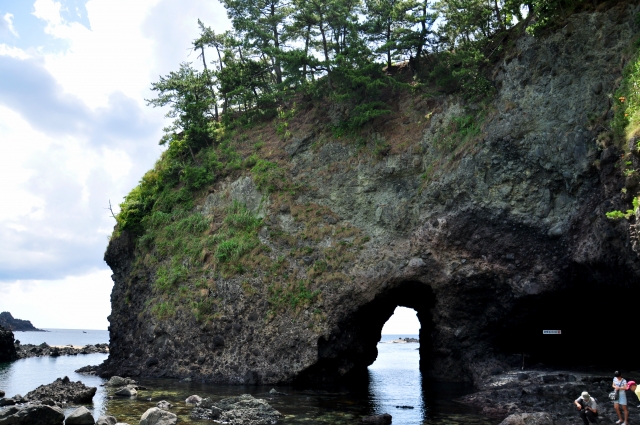 The Kongo Coast in Central Noto is known for its rugged 14km long coastline. If you have a car, a drive by the coast is well worth it. You’ll pass by Ganmon Rock, translated as ‘gate door rock’ in Japanese because the hole in the 15 meters tall rock formation looks like a gate. 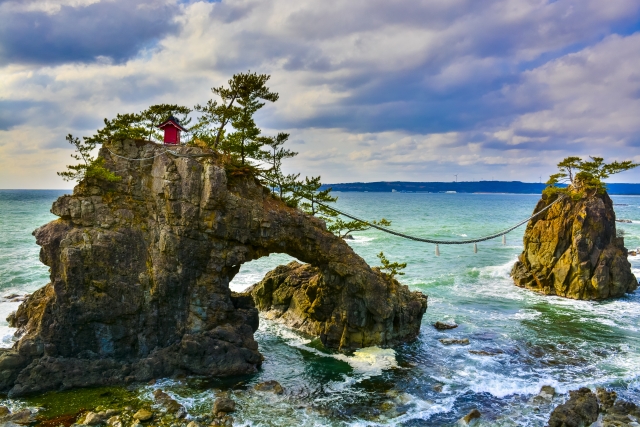 Close to the Gate Door Rock is the rock formation called Hatago Iwa, an interlocked set of rocks in the sea, very similar to the famous wedded rocks in Ise in appearance but much less visited in comparison. A rope ties the rock together, resembling the bond between husband and wife according to Shinto religion. 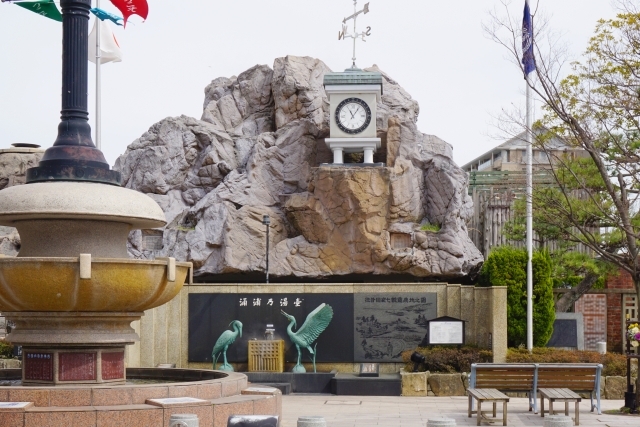 Wakura Onsen in central Noto is, together with Wajima, one of the two most populated places in Noto and is a well-know hot spring resort at Nanao Bay with a history of over 1,200 years. The onsen was discovered by a fisherman who saw an injured crane nursing its injured wing in the hot water. As an onsen resort, Wakura has a number of ryokan, with Kagaya Ryokan as the most luxurious. 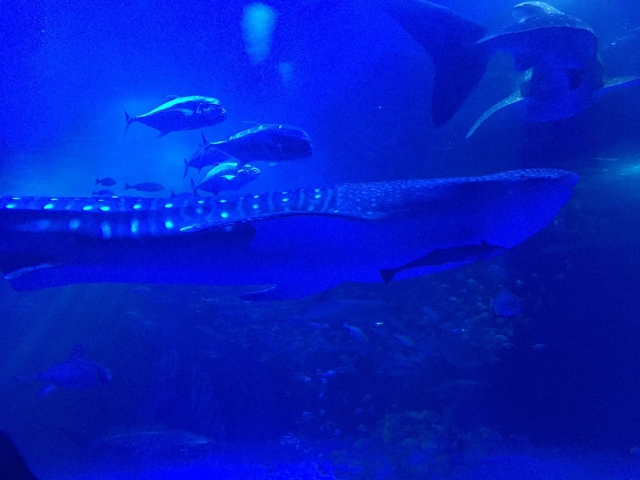 Close to Wakura Onsen, there is the Glass Museum (9:00-17:00, ¥800) of Noto-jima exhibiting all types of glass sculptures from all ages. For those interested, there is a glass workshop held daily where you can learn how to blow glass. Nearby is the Notojima Auqarium (¥1,850), one of the main attractions of the Noto Peninsula. You can walk with the penguins, see the dolphin and sea lion show, or just watch one of the 500 marine wildlife species swimming around.

The Soji-ji Temple (8:00-17:00, ¥400) in Monzen City in between Wajima and Wakura Onsen is one of the main zen monasteries of the Buddhist Soto sect. The temple complex, founded in the 14th century, holds daily zen sessions in English. 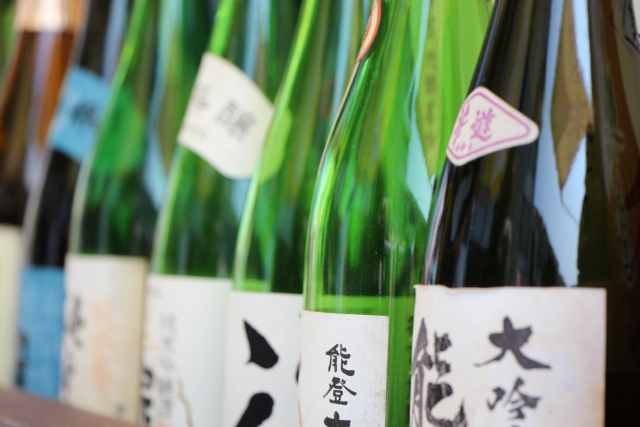 Wajima City in Upper Noto is one of the main towns in the Noto Peninsula. ther attraction at lighthouse Wajima is the morning market (8:00-12:00) where you can buy everything from veggies, to local Noto sake (as seen pictured above), to souvenirs. 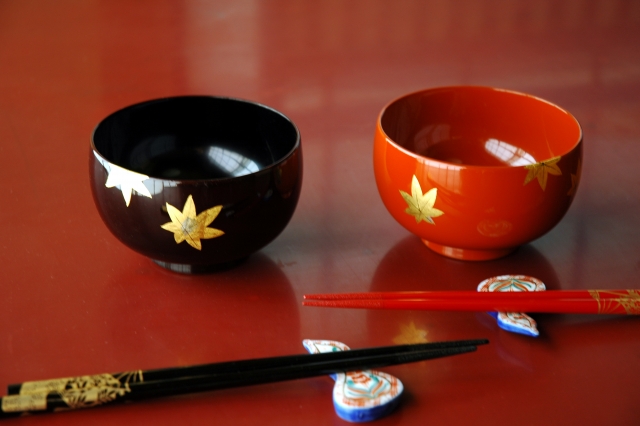 Wajima is famous in Japan for its elegant lacquer-ware. You can see classic examples of this art a displayed at the Ishikawa Wajima Urushi Art Museum of Lacquerware (9:00-16:30, ¥620). 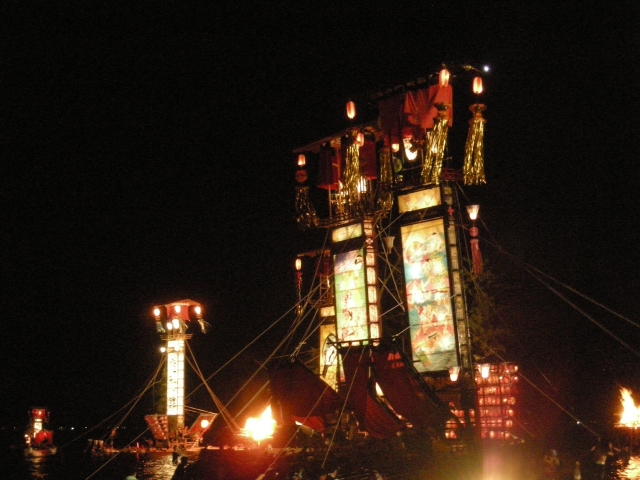 Another museum in the area is the Kiriko Kaikan (8:00-17:00, ¥620), a museum exhibiting the giant lanterns used in the Wajima Taisai Festival held on August 22 to 25 anually. 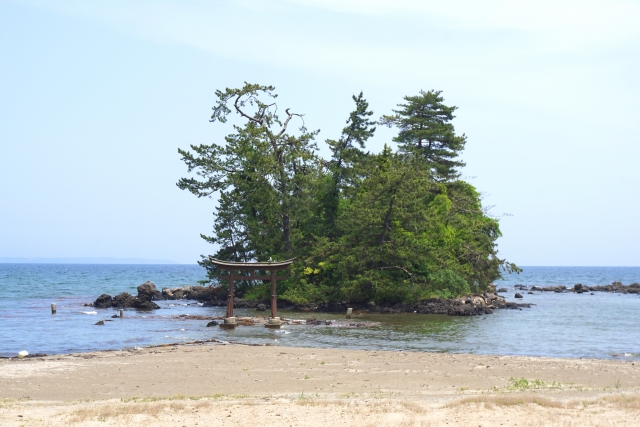 The dramatic coastline of Oku-Noto is famous for two spots in particular. The Koiji (meaning Lover’s Road) coastline is the scene of a heartbreaking legend. The island was the meeting spot of two lovers. The woman would wait for her lover at the island and light a lantern to direct him to her. But a jealous rival moved the lantern and her lover, lost at sea, drowned. She, as a Japanese Julia, drowned herself at the same spot. 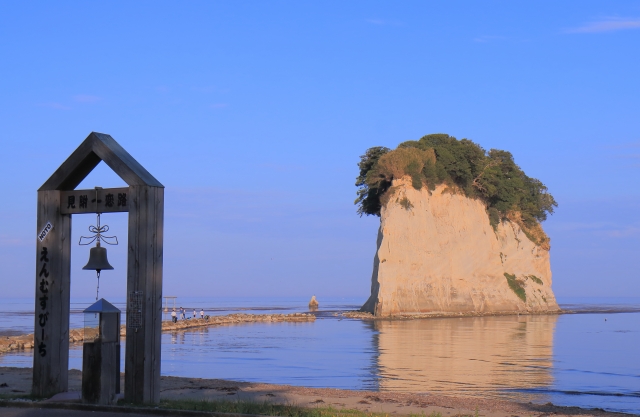 Mitsuke-jima is one of the most iconic rock formations of the Noto Peninsula and only a few kilometers away from Koiji Road. The name translates into Found Island, as it was the first island famous monk Kukai saw when he arrived so he give it its descriptive name. The rock is a popular spot for couples and singles as the bell in front of the island is said to bring you love if you ring it. 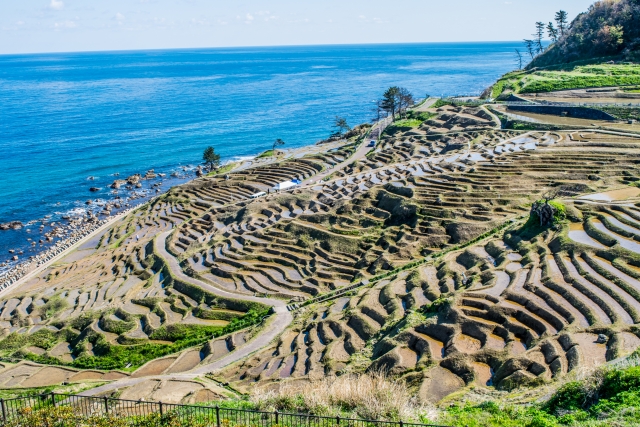 Senmaida on the western coast of the peninsula, is translated in ‘A thousand rice fields’, one of the most scenic places of Ishikawa Prefecture. These fields are still owned and tended to by locals. If you come to the rice fields in the months September to March, the rice paddies are lit up at night 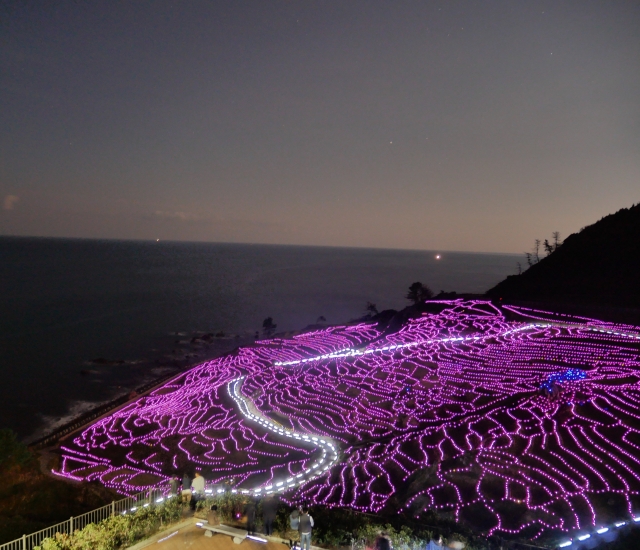 General Information about the Noto Peninsula

How to get to the Noto Peninsula

2. From Kanazawa Station to Hakui/Nanao/Wakura Onsen (1 hour):
Transfer to the IR Ishikawa Express Line in the direction of Noto and get off at one of the stops like Hakui, Nanao or Wakura Onsen.