INUYAMA CASTLEMost famous for its riverside castle, Inuyama has many interesting parks and festivals.

Getting Around Japan > Destination > INUYAMA CASTLE

Inuyama is a small town north of Nagoya, one of Japan’s main metropolises. Located next to the river Kiso, also called the Japanese Rhine, Inuyama has a long history. In Japan’s feudal era Inuyama was one of the domains of the Owari clan, a retainer of the ruling Tokugawa clan. 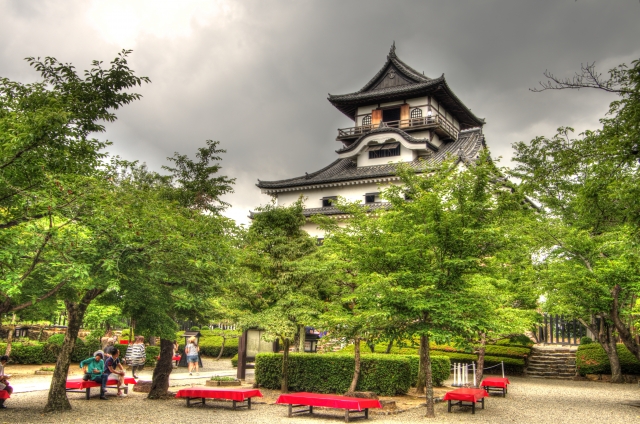 The Inuyama Castle is a sight worth seeing when in the area. Built on a hill next to the river Kiso, the castle was built in 1537 by the Oda clan, one of the most powerful samurai families in Japan. It is Japan’s only privately owned castle and has been unchanged and untouched for centuries. It is now the oldest original wooden castle in Japan and designated a national treasure. 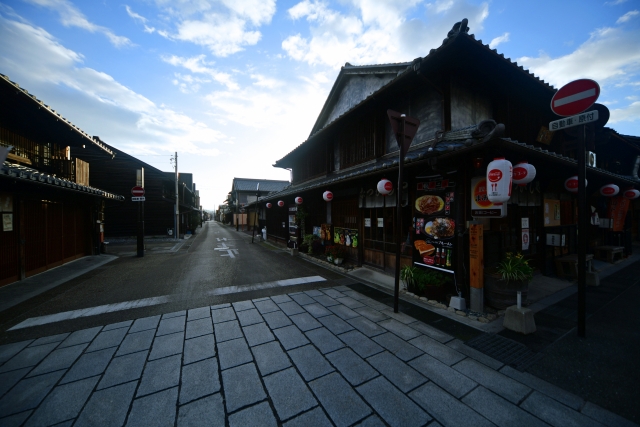 Jinai-cho Temple Town is an area you’ll pass while walking from the station to the castle. This street is one of the oldest in town, and has, as the name implies, old temples as well as traditional houses and shops.

The Uraku-en Garden (9:00-17:00, ¥1,000), just down the hill from the castle, has been the site for tea ceremonies for centuries. The garden has multiple tea houses where you can experience the ceremony. The most well-known of houses is Jo-an Tea House, built in the 17th century and known as one of the Three Great Tea Houses in Japan. Entree to the tea house is via a low-roofed entrance which makes all those going the tea house bow low.

Meiji Mura (9:30-17:00, ¥1,700) is an open-air architectural museum which preserved structures built in the Meiji era (1867-1912) and in the following Taisho era (1912-1926). In order to protect buildings made in these eras, 67 buildings were moved to the Inuyama region. The crowning jewel is the reconstructed main entrance of the Imperial Hotel, designed by Frank Lloyd Wright.

Little World Museum of Man (9:30-17:00, ¥1,700) is another open-air museum in the area of Inuyama. This anthropological holds houses from 22 countries, built and dressed up according to the style of their country. Visitors can dress up in various costumes from different nations. Artist from all over the world come to the park to sing and dance in the way of their country.

Japan Monkey Park (10:00-17:00, ¥1,100) is a zoo with several primate species, an outside pool, and several rides. There is a research facility run by the Kyoto University, one of the world’s leading primate study centers.

Inuyama has multiple festivals. In the first week of April the Inuyama Festival, started as early as 1635, is held. 13 massive floats decorated by lit lanterns, are paraded through the streets. The parade is accompanied by songs of drum and lute. The timing of the festival coincides with the blooming of the cherry blossoms.

Nihon Rhine Summer Festival is a fireworks display held every year on August 10th. The fireworks are shot up the air via a bridge over the Kiso River, and reflect beautifully in the water with the castle as backdrop.

There it is. #豊年祭り #honenmatsuri #festival #日本 #nippon #japan #travel

A little ways from the village of Inuyama is the Tagata Honen Shrine, a place dedicated to fertility and site of one of the more strange festivals in the world. The Tagata Honen Sai Festival, also called the Penis Festival, held every year on March 15th, one of Japan’s renowned fertility festivals. A 3-meter wooden phallus is lifted on the shoulders of some of the village’s men and paraded along the streets.

How to get to Inuyama Castle