TOYAMATransportation hub with many excellent parks, canals, museums and festivals.

Getting Around Japan > Destination > TOYAMA

Toyama City (富山市) is the capital city of Toyama Prefecture, and a transportation hub to places like Shirakawa-go, Takayama, the Snow Wall, the Tateyama Kurobe Alpine Route, and Kurobe. Toyama is seaside, located on the coast of the Sea of Japan with the Japanese Northern Alps as a background. 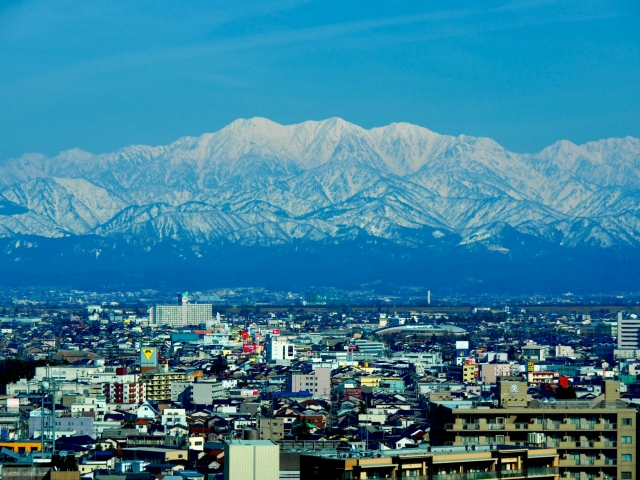 Much of Toyama was built in the past 70 years as the city was destroyed at the end of World War 2. After the war the city was decided to be the most eco-friendly city in Japan and this project is still ongoing with the ever-growing list of canals and parks. The city with its many museums and festivals has also developed into a cultural hub. 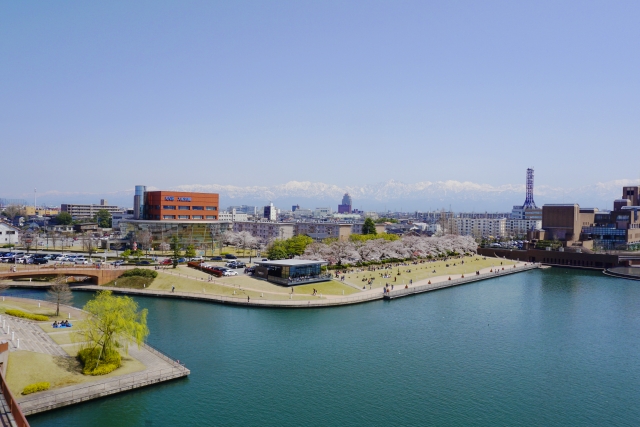 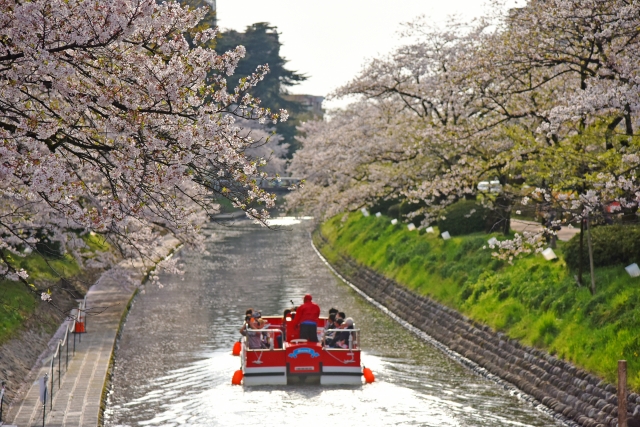 Cherry blossom season is the most popular time to visit Toyama City as the many parks in the city are filled with blossom trees. The blossoms start blooming early April until the end of April, a week or two later than Tokyo. One especially beloved cherry blossom spot is the Matsu River Park in the center of Toyama, one of the 100 Most Beautiful Cherry Blossom Spots in Japan. Blossom trees line the 3.9km long riverbank and boats float along the river for optimal blossom pictures. 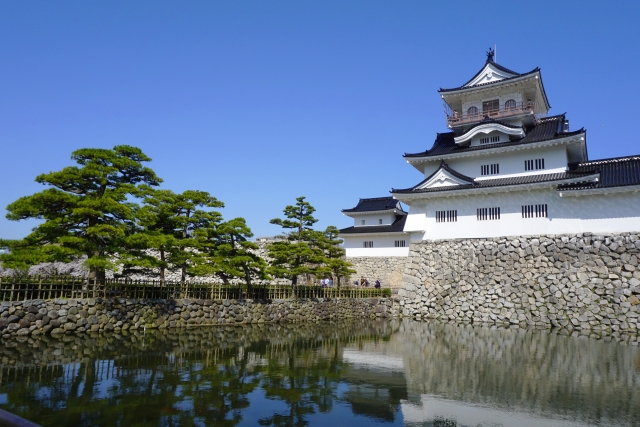 Another place famous for its cherry blossoms is Toyama Castle (17:00, ¥210), a restored castle with origins in the 16th century. The donjon has been rebuilt after the castle’s destruction in the late 19th century. The area surrounding the park has been remodeled into a park and the castle building into the Toyama Local History Museum, a place exhibiting items and documents relating to the Toyama clans, and the Sato Memorial Art Museum, a museum renowned for its tea ceremony collection. 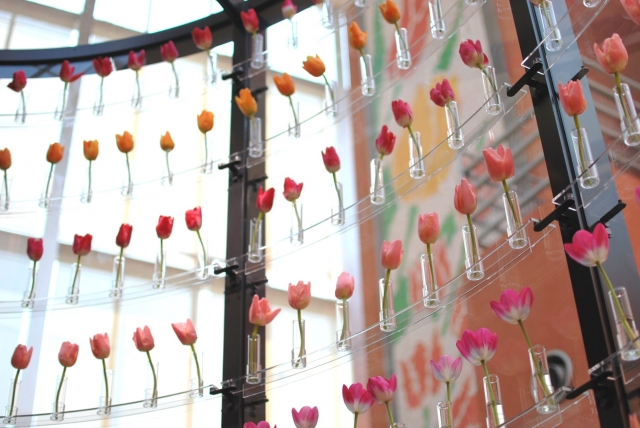 Toyama has always been known for its glass in Japan. Toyama glass and other glass types from all around the world can bee seen at the Glass Art Museum (9:30-18:00, ¥200), one of Japan’s most renowned museums of its kind and designed by famous architect Kengo Kuma. 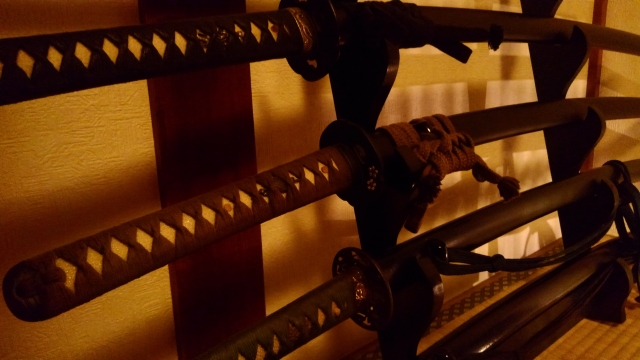 For those wanting to revel in a more traditional atmosphere, the Rakusuitei Museum of Art (10:00-17:00, ¥1,000), meaning ‘enjoyment of vivid green’, is a classic Japanese house with a beautiful garden displaying traditional and modern works of art in the various rooms of the house. Another museum for a more traditional experience is the Mori Shusui Museum (10:00-18:00, ¥1,000) in the former samurai ward, exhibiting a private collection of over 40 samurai swords and armor. One certain days of the month, sword-fighting workshops are held. 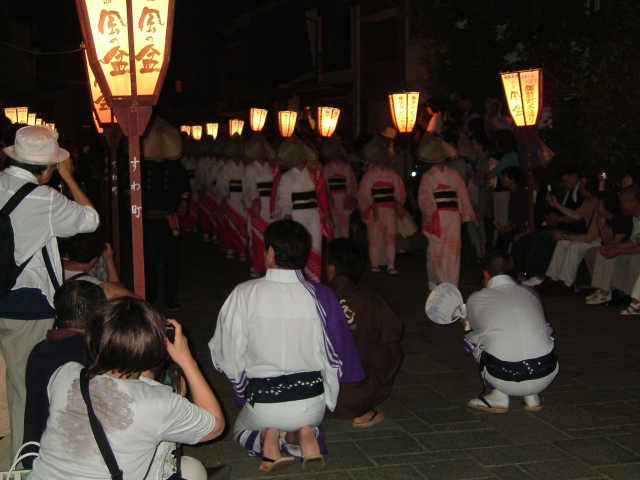 Besides museums, parks, and canals, the festivals in Toyama are a feast for the eyes. The Toyama Festival on the first Friday, Saturday, and Sunday of August is the largest summer festival in the prefecture of Toyama. Many groups dance a traditional sequence on the streets in the center of the city. Food stands line the streets so you don’t have to go hungry while watching the colorfully dressed dancers perform their way through town. 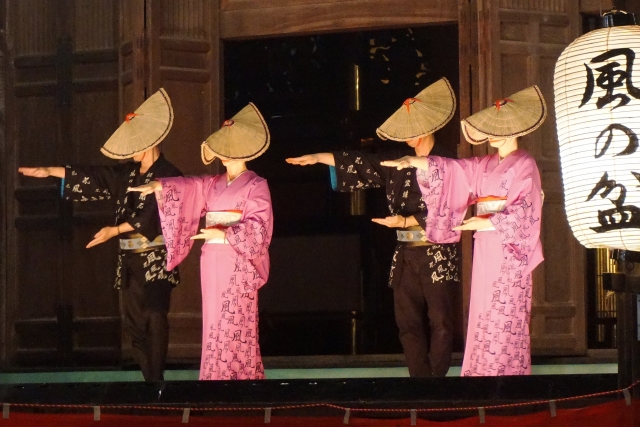 Yatsuo, a district in Toyama most known for it silk industry, is the scene to several festivals. During Yatsuo Hikiyama Festival on May 3rd, richly decorated floats dressed with dolls, woodcarvings are pulled along the street while flutes, shamisen, and drums accompany the procession. Owara Kaze no Bon, held annually on September 1st to 3rd, is a festival where locals performs several styles of traditional dance as seen above.

Another interesting festival is the Iwase Hikiyama Festival (May 17-18) in the port district of Iwase. Floats with lanterns on top are paraded along the streets. The lanterns are drawn with symbolic pictures asking for prosperity and good fishing drawn. The highlight of the event is when the floats are collided into one another in a competition of strength.

How to get to Toyama